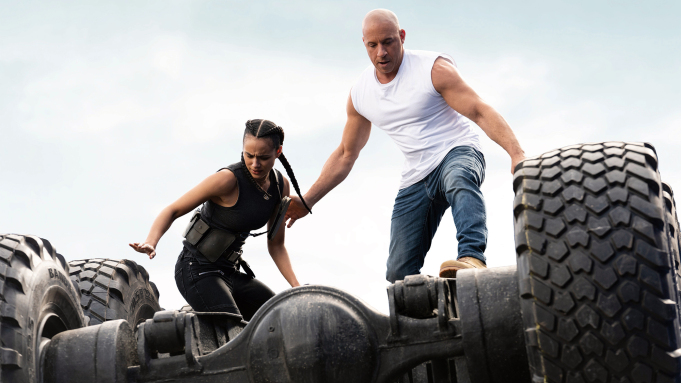 Practically, What the AMC/Universal Agreement Actually Likely Means for Moviegoers

I’ve seen a few articles over the last 24-hours suggest that the agreement struck between Universal and AMC may change the movie industry forever, but I wouldn’t be quick to draw any conclusions based on this one deal. Why? Let’s back up a moment here and recap: In case you missed it, in the early days of the pandemic, Universal released Trolls New World and apparently made $100 million in the first month of its release, and AMC Theaters told Universal that they were assholes and that they would never screen another Universal film in their theaters ever again, domestic or international.

It was a dumb pissing match, and obviously, AMC was bluffing. With a few more months of the pandemic under our belts (and theaters still shuttered in most parts of the country), cooler heads have prevailed and now AMC and Universal have come to a new agreement/compromise: The exclusive theatrical window for Universal movies in AMC theaters has been reduced from 60-90 days down to 17 days, or just three weekends. In other words, after three weeks in theaters, Universal can make their films available on iTunes of Amazon or wherever it is we rent our digital releases.

However, fans who believe that they’ll be able to rent Fast & Furious or Avengers: The Endgame’s Endgame in their living rooms 17 days after it opens in theaters should probably rethink that. It’s not going to happen, because there are a number of caveats here. Foremost is the fact that this agreement is between AMC theaters and Universal only, and it’s only in North America. It’s basically an experiment, and there is no guarantee that this agreement will extend to other studios or that other movie theater chains will agree to similar arrangements (in fact, Regal Cinemas is already like, “Uh, no thanks. It’ll be a cold day in hell.”)

Second, the arrangement gives Universal the option of making their films available for digital rental after 17 days. It is true that a lot of movies are out of theaters within three weekends anyway, but Universal is not likely to make Fast & Furious or other blockbuster movies available for rental in 17 days, not when there is still more money to be made in theaters.

Third, when those Universal (and Focus Feature) movies are made available after 17 days, they will cost consumers $20 to rent (and AMC theaters will get a cut of that). A single person or a couple is not going to save any money on the price of admission here (capitalism, baby!), but they will at least have the option of watching it at home. Families could save money, but again, on a big family movie like, say, Trolls World Tour, Universal is likely to keep it in theaters for much longer to soak up all the money that parents spend on kids who just can’t wait to see any longer to see Trolls Go Nuts.

Again, this is all just an experiment, for now, and I suspect in practical terms, it will mean those mid-budget movies like, say, Ben Affleck’s The Way Back or low-budget movies like The Invisible Man will screen in theaters for 17 days before becoming available in living rooms for $20 (a piece of which AMC will get). I think this is actually good for everyone: The theaters, the studios, movie viewers, and mid-sized and low-budget films. It means a movie like The Way Back is more likely to get made because it’s more likely to make money, because now instead of getting chased out of theaters by a Disney blockbuster in 17 days only to resurface digitally 3 months later after it has been forgotten, it’ll be available sooner, while it’s still in the public’s consciousness because of the $30 million studios have to spend to market a film before it’s released.

Now, again, the other side of the coin is this: If this experiment works, it actually could pave the road for a few similar agreements, namely: Being able to see something like Netflix’s Charlize Theron movie, The Old Guard, in theaters, which is something I would have gladly paid to do. At the moment, Netflix originals do not go into theaters because Netflix won’t wait 60-90 days to put them in their streaming services. Imagine, however, if that window was reduced: Netflix would be more inclined to release a Extraction or The Irishman in theaters for those who want the theatrical experience, while still making it available to Netflix subscribers for free in under three weeks. That, again, is a win/win for everyone. (And HBO Max, Peacock, Apple+, etc., could make similar arrangements). Long term, this could actually improve the prospects for those mid-budget comedies and dramas that had otherwise started to disappear from theaters because there is more profit potential, and it won’t hurt the big blockbusters, because little is likely to change as far as they are concerned. Disney is still going to watch to extract its $1 billion from the box office before making its films available digitally and/or on Disney+. Profit motive will always remain paramount.