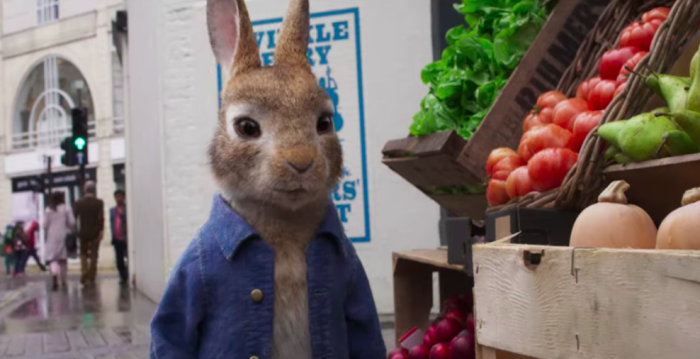 He’s baaaaaack. The brave bunny borne from the brain of Beatrix Potter is returning for a new wacky adventure with Peter Rabbit 2: The Runaway.

Peter Rabbit writer/director Will Gluck reteams with James Corden, Domhnall Gleeson, Rose Byrne, Elizabeth Debicki, Margot Robbie, and Daisy Ridley for this spirited sequel that takes its titular hero far from the safety of his burrow and the fun of McGregor’s farm to a whole new world of trouble.

Check out the trailer from Sony Pictures Entertainment:

OK, so we scoffed at the absolutely obnoxious marketing campaign for the first Peter Rabbit movie in this franchise. But Gluck’s quirky spin on the familiar story took it into a truly charming rom-com territory in which Peter was a problem child trying to chase off his new could-be daddy. As such, the sequel’s premise promises a curious continuation of this thread. With Bea (Byrne) and Tom McGregor (Gleeson) set to wed, Peter’s feeling threatened and so rebels by being anything but good! Things get goofy with fantasy sequences of MMA-style face-kicking, silly slapstick, and a living whack-a-mole bit. Frankly, I’m down for all of it.

I was a doubter ahead of seeing Peter Rabbit, but between its sweet romance, expert use of the comedic moxie of Gleeson, and a hilarious, panic-stricken rooster, I became a big fan! Now, I can’t wait to see what Gluck and company have in store for this sure to be rambunctious reunion.