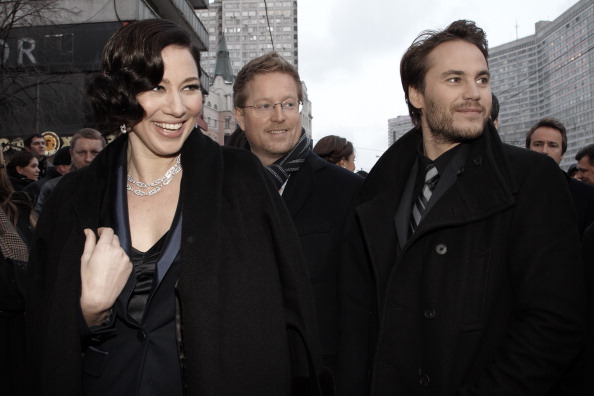 I love Taylor Kitsch, so please don’t take it the wrong way when I say that the back-to-back flop-whammies John Carter and Battleship may have hurt his career, but Kitsch is the one who tanked it. Kitsch was born to play Tim Riggins in Friday Night Lights, but aside from his ability to play David Koresh, I think the reason that Kitsch’s roles have dried up over the years is that he’s not a particularly good actor. John Carter did not sink his career because he was still able to follow two flops up with a third flop, Oliver Stone’s Savages, and yet Peter Berg still gave him another shot in Lone Survivor before he was hired as one of the leads in what was then the hottest show in America, True Detective.

Bad writing did not do any favors for Kitsch, but at a certain point — and that point is probably playing the fifth-billed character who wears a mask most of the film in 21 Bridges — you have to consider that maybe it’s not always the projects. Maybe it’s Taylor Kitsch.

The thing about John Carter, however, is that while Taylor Kitsch got a lot of blame for it but continued to be offered opportunities to revive his career, his female co-lead, Lynn Collins, was stashed in an empty Hollywood box and completely forgotten. She did not even merit the ignominy that might have at least kept her name in the conversation. She was shoved aside, although it appears that some of that had to do with her representation, who basically told Lynn Collins to go hide in a hole, as she told The Wrap in their oral history of John Carter.

According to Collins, her manager told her “to disappear” for a while, because she was going to be “the one who’s going to get the heat for this” because that’s usually what happens to the female lead. She said the period after the film’s release was “devastating” for her.

“It was so indicative of that stereotypical, the woman gets the brunt. Like really sh**ty. Taylor went on to continue to work, he did Battleship and other things, but basically my people shelved me for a while. This is so devastating because it wasn’t just the film disappointing me, now it was the entire industry and my representation. And I ended up firing those people. It took like a year for me to do that, but I took a break and tried to figure out, up until then my career and my work, I really allowed it to define me.”

Collins, recall, was on her way up, too, having landed a recurring role in True Blood before playing Kayla Silverfox in X-Men Origins: Wolverine. John Carter was meant to be a long-running franchise, and she and Kitsch the stars. She, however, did not get multiple opportunities to redeem herself after it bombed. Collins had to start all over with guest stints on Elementary or Covert Affairs and earn her way back into the conversation before landing, eight years later, recurring stints on Bosch and The Walking Dead.

For what it is worth, John Carter has been generously reassessed by a lot of critics since it flopped in 2012.


← The Controversial 'Sell/Buy/Date' Explores the Intersecting Worlds of Sex Work and Trafficking | My Branzino! Good News for 'Abbott Elementary' Fans →