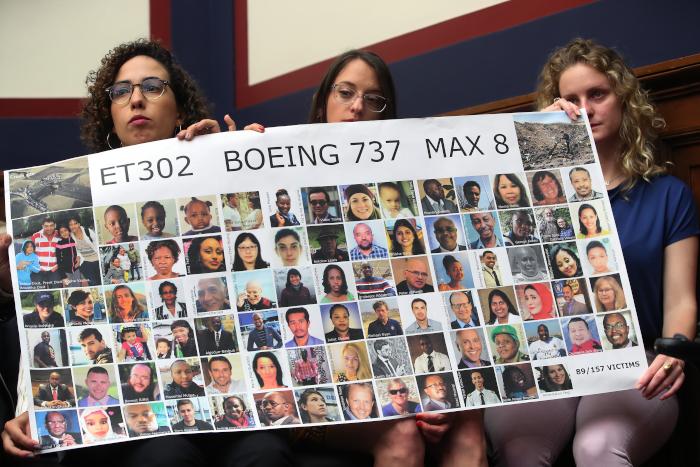 Now on Netflix: 'Downfall: The Case Against Boeing,' Or How Capitalism Ends Up Destroying Its Actual Achievements

Here’s a thing kidz these days will probably never get to experience: The excitement of flying on a 747 Jumbo, even if your seat wasn’t on the second deck. Maybe it’s just my experience, because flying meant Christmas and Summer holidays in Buenos Aires, visiting my relatives there. But there’s a similar childlike wonder running through an entire community of planespotters and aviation lovers when it comes to the Jumbo. Unfortunately, it’s a well-known fact that the Jumbo was being phased out of passenger services all over the world, and that was before the pandemic. Sure, flying on a 777 or on any Airbus is neat, but they don’t have that undefined allure of the Jet-Age promise of the 747. That’s the second biggest feat Boeing ever pulled: Creating the entire mystique of flying on a jet plane. The first one being the actual jets, of course.

And they pissed all that away because Wall Street has a thing for reducing entire industrial processes into a single column of ROI.

Downfall: The Case Against Boeing fits squarely into the journalistic documentary tradition, direct counterparts to the in-depth investigations of print newspapers, the kind that win Pulitzers. They balance covering the human voices of a story while unearthing the story itself through fact-based patterns. In that sense, Downfall is an impeccable documentary, rigorously made, not exploitative of the tragedy at the heart of it, informing us of a broader problem in the intersection between US actual industry and the mindset of financiers. Good on you Netflix! How about doing more of this and less of that Tiger King stuff, eh?

You might be familiar with some of the beats of this story: On October 29th, 2018, a brand-new 737-MAX flown by Lion Air crashed in the Java Sea shortly after taking off from Jakarta. Four months later, on March 10th, 2019, Ethiopian Airlines Flight 302 crashed shortly after taking off from Addis Ababa. Once again, it was a 737-MAX, once again, a brand new unit, as in, both were only months old. The probable cause was the activation of something called the Maneuvering Characteristics Augmentation System or MCAS, a software designed to replicate the horizontal stabilization handling of the previous series of 737s, a system that created sharp pitch overcorrections and of which the pilots were not informed. The pilots were not informed because the MAX was sold to airlines as a radical improvement in performance that also didn’t require further training of pilots qualified to fly the 737. In fact, as the documentary reveals, most pilots were only given a bare-bones handbook to study on their iPads, without requiring any time on the flight simulator.

This was all the result of decades of mismanagement of the core ethos that made Boeing Boeing. The executive panicked at the prospect of losing ground to Airbus, who had struck gold with the A320Neo family. They simply invested a couple of billions in new, extremely efficient engines and ended up devouring the market segment. Boeing responded by doing the same, rushing design modifications on a then 40-year old design and burned through billions of dollars. The MAX indeed performed great, and all of this could’ve been prevented by having the qualified pilots train for a few days on a simulator.

Instead, the accidents resulted in the grounding of the entire 737-MAX fleet, wiped tens of billions of dollars from Boeing’s market share and — should be the most important part — 346 people died. Downfall expounds the chain of negligence and active deception Boeing took part of in order to push the MAX to the airlines and, in particular, convince the FAA that the plane could be fast-tracked into service.

Perhaps the only flaw in Downfall is that this is not the first documentary out there about the MAX crashes, nor about how Boeing’s current corporate culture set the probabilities in motion for these tragedies to become inevitable. My favorite of the bunch was produced by Bloomberg Quicktake, which is quite poetical because the underlying tragedy at Boeing is how the company shifted from the ethos of engineers studying telemetry screens to hedge fund managers studying the screens of their Bloomberg terminals.

Boeing was an actual achievement of capitalism: A private company that delivered outstanding results, decade after decade, that pushed technology forwards, fueled local and national economies, and provided great jobs. That alone would give Ayn Rand a semi, so now let’s talk about the other thing that was also great about Boeing: Its employees created an enviable Union culture in its Washington plants. Perhaps it’s just correlation, but I think that Unionization culture is a reason why Washington is one of the few states where Democrats win even among whites without College degrees. Then there’s the culture of transparency and horizontal management, as former employees recall in Downfall, in which quality came before profit, because the latter is a consequence of the former. Super simple principles applied to one of the most complex industries. Oh, and it would be dishonest not to mention the billions of dollars in public funding granted by the Military-Industrial Complex. But even then Boeing delivered: How many years has the B-52 been in service, 69 (nice)? And how many years does it have left before they are decommissioned, until the 2050s?

But along came Wall Street and messed up everything, as it always does, except this time it ruined something that didn’t need to improve. In 1996, Boeing and McDonnell Douglas merged, though more correctly, it was Boeing purchasing an already failing McDonnell Douglas. Though more correctly, as Boeing employees joked, it was McDonnell Douglas that purchased Boeing with its own money. Their C-Suit injected itself into the corporate structure of Boeing and turned it into a mere profit-driver while dismantling everything that made Boeing the one that prevailed over McDonnell Douglas in the first place. They even moved their headquarters to Chicago precisely to distance themselves from the engineers and builders. Or to put in pictures, the people who made this sad thing… 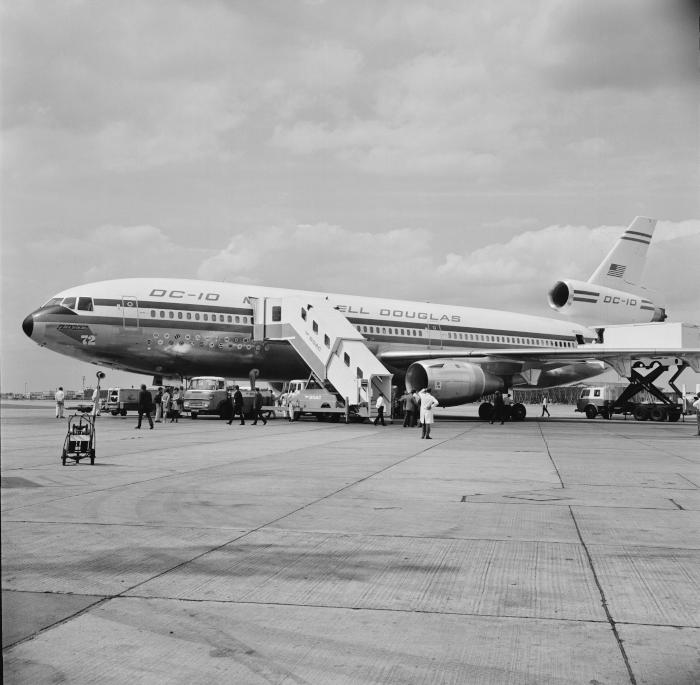 … took the reins of the people who created this thing: 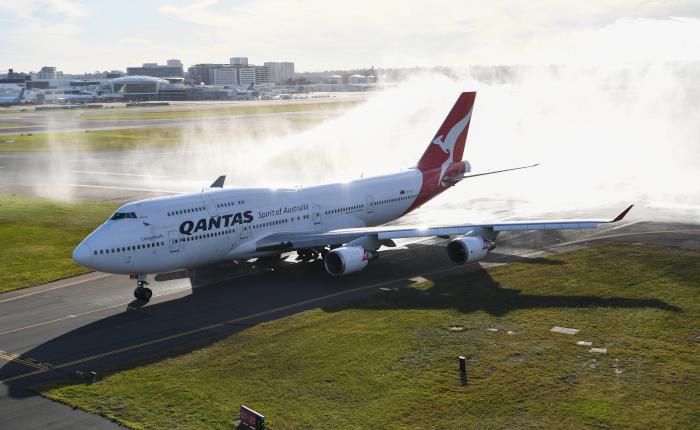 If you have flown in a 777 and then in a 787, those are two prime examples of how the ethos of Boeing was stolen. The former is one of the greatest planes that has ever flown, the other brought all the comfort of single-aisle planes to long-haul flights.

Downfall does not skirt away from how the mindset of the finance sector degraded everything that made Boeing produce great planes. Chief amongst them was moving to whichever Southern US state would let them do anything they want, skirt on taxes and trample over any attempts to unionize. The actual result? Planes with more issues than a closeted NFL-prospect from Oklahoma and planes that are outright rejected by some airlines, preferring to wait for the ones coming from the Everett plant.

Financialization (neoliberalism favorite son) is all about the margins, and what is a margin of earnings but just one set of data, perhaps no more than one column, that yields a single point of binary information: Up or down. And there are thousands of very ambitious people who devote their entire careers to focusing on this single point of information and make it go up, with millions of dollars of their own bonifications on the line. One miscalculation and those millions could turn into hundreds of thousands. Ironically, those same people who live or live even better by decimal points pump up those margins by swinging a sledgehammer to everything outside the c-suite: Layoffs, screwing up the pension funds, stock buybacks, cutting on quality control, etc. But in the end, it worked: Boeing’s stock tripled in value and the 787 project, which cost $32 Billion, was delayed by years and has yet to turn a profit.

That’s the problem with the financialization of everything, it turns entire systems into atomized microunits that are meant to yield one type of result, projected over blocks of just three months. It takes Marx’s most famous principle to an extreme I don’t think he could’ve imagined. It’s not workers who become alienated from the surplus of their work, the entire productive process, an economic system becomes alienated into stocks, from mechanics to engineers, blue collars, white collars, and the product itself. When you apply that to a highly complex, delicate things such as an airplane, it will lead to tragedy. Financial capitalism eats its own, and can’t deliver on its own promise of building wealth. Boeing would’ve done just fine, would’ve been more than successful enough if it had still been a company of engineers by engineers. Their market share would’ve been just the same because they only have one competitor. Don’t count on the Chinese being able to eat on the civil aviation duopoly. Being honest, as a Democratic Socialist, I’m always skeptical of large-scale industries being wholly owned by privates, but I do believe in private-state joint investments because the public part of those board rooms can be there to guarantee the long-term plan for a company and prevent Wall Street-types from imposing their tunnel vision over things they know nothing about.

And to its own credit, Downfall doesn’t skirt away from the fact that this is a debacle of Wall Street’s making. Something interesting about journalistic documentaries, considering they are the most accessible to casual viewers, is that they usually end in credits that do not give a satisfactory, Hollywood ending. Instead, they usually warn of how things haven’t changed much and that the problem still lingers. After all, they are reporting the facts, and facts do not have a three-act structure, the big guys get away with most things. Boeing had to pay compensation in the low-billions, chump change for them, though it is to be said if they learned anything. Ford survived the Pinto, why wouldn’t they?

Well, this time, perhaps, the problem for Boeing is that we, the passengers, are not their actual clients.

Downfall: The Case Against Boeing is streaming on Netflix.

Alberto Cox is still waiting for his check fom Airbus, and would like to shout out his South American Brazilian homefolks at Embraer, he reps them for free.