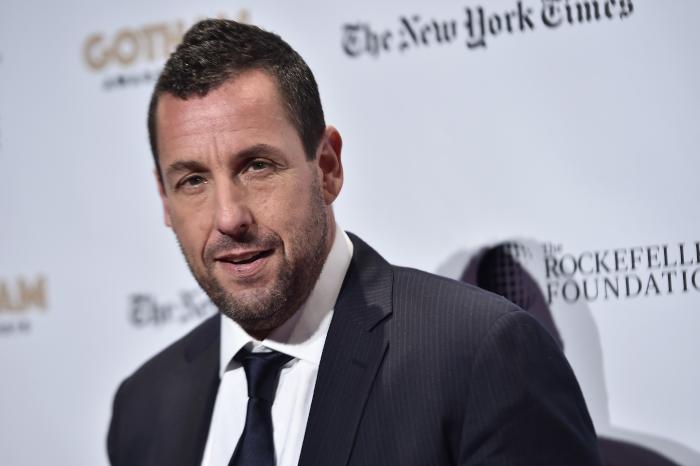 In an unsurprising (but tragic) turn of events, Netflix has announced that it is extending its deal with Adam Sandler and his company Happy Madison Productions to make four more films for the streaming giant. FOUR more films. Because having Murder Mystery wasn’t enough, Netflix wants to add more of that kind of nonsense to its repertoire. But it seems Murder Mystery was not only the most popular Sandler film for Netflix’s U.S. audiences last year, but the most popular movie in eight other countries as well. Yup, tragic.

In a press release, Netflix’s Chief Content Officer Ted Sarandos had this to say about continuing the streamer’s partnership with Sandler:

“Whether you know him as Sandman, the Water Boy, Billy Madison, Happy Gilmore, Nick Spitz or simply Adam, one thing is clear: our members can’t get enough of him. They love his stories and his humor, as we saw with Murder Mystery. So I could not be more excited to extend our partnership with Adam and the Happy Madison team and deliver more laughs around the world.”

Per Netflix, its subscribers apparently love all things Sandler and have spent two billion hours watching the actor’s films since 2015. Two. Billion. Hours. Two. BILLION. That is insane, though it’s important to remember how Netflix calculates its views though. If you watched for two minutes, then the view counts regardless of whether you finished The Ridiculous 6 or not.

Adam Sandler made a lot of headlines after starring in Josh and Benny Safdie’s critically acclaimed Uncut Gems. The film is now available to stream on Netflix globally and will be available for U.S. subscribers in May. Another Sandler movie to add to the batch, but at least it’s better than the actor’s other, more gimmicky (and not very funny) films.