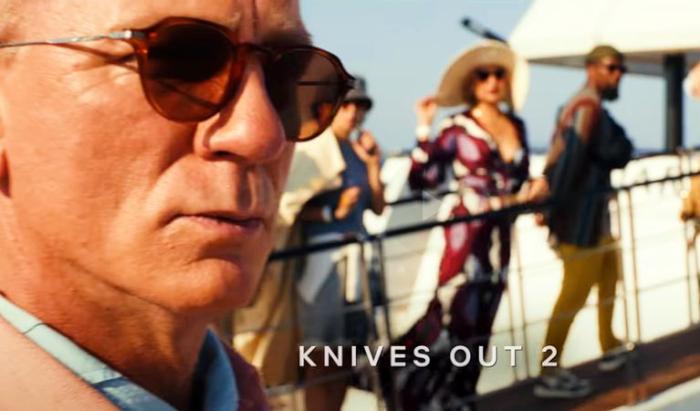 Netflix has a new (awful) sizzle reel out to promote its slate of movies in 2022. They promise 86 new movies in 2022, or at least one a week, which is a promise that Netflix has made in the past. What they don’t say is that half those movies are Christmas Prince sequels (or other Lifetime-esque Christmas romances) or movies you’ll probably never hear about or even entertain watching. Quantity ≠ Quality. In fact, the sizzle reel — if you exclude duplicates — only includes about 25 films, and even half of those are like, “Eh. I’m not impressed.”

I’ll say this much, though: I am excited for Enola Holmes 2; Gray Man with Chris Evans, Ana de Armas, and Ryan Gosling from the Russo Brothers; and of course Knives Out 2, although this is the only snippet you will see from it:

I GIF’d! Just a tiny glimpse of the next Benoit Blanc mystery, much MUCH much more to come… pic.twitter.com/NLpdKRWwIm

There’s also The Adam Project, which has a good cast (Mark Ruffalo, Ryan Reynolds) but a mediocre director (Shawn Levy), an Adam Sandler sports comedy with Queen Latifah, a movie with Jonah Hill and Eddie Murphy, and The School for Good and Evil with Charlize Theron and Kerry Washington.

Otherwise, there are a lot of A-list stars speaking directly to the camera in ways that will make you cringe so hard your face will turn inside out.