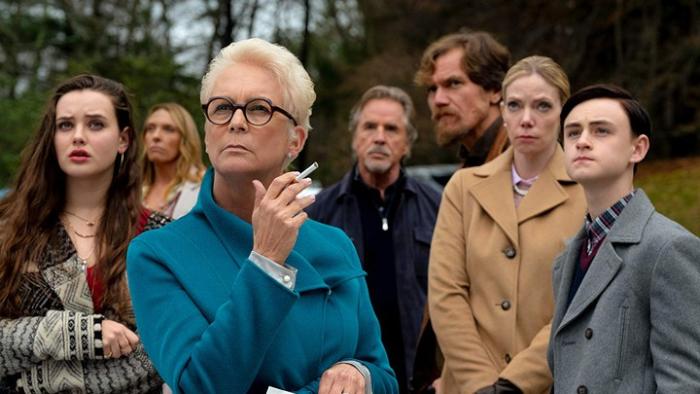 Netflix has decided to pony up around $400 million for the two sequels to Knives Out, which is basically Agatha Christie’s the Avengers. Rian Johnson will return to direct, and Daniel Craig will reprise his role as the Kentucky Fried Benoit Blanc, with or without the accent. Aside from Craig, it’s expected to be an entirely new cast, and it will explore other aspects of the murder-mystery genre.

Shooting starts on June 28th in Greece, and casting is already underway. It’s one of the biggest deals in the history of Netflix, which beat out Apple and Amazon for the rights. The first film, by the way, earned $300 million on a $40 million price tag.

Yeah, yeah: Old new from yesterday or whatever. I was busy when it broke, but I was kind of waiting around for the bad takes to percolate so we could shoot them down. But you know what? There really haven’t been any. I think even this guy is inventing a straw man to argue against:

I mean, who loses here? We get two grown-up movies from one of the best writer/directors around who will be dead center of his wheelhouse (have you seen Brothers Bloom yet? Because you should), and we get to watch them at home for the low, low price of our Netflix subscriptions.

It’d be cool if Netflix released the films into theaters so we could also get a chance to see them there, but if they don’t, I ain’t gonna be mad. That’s what nice TVs are for, y’all. The reality is, there’s little-to-no backlash here because there isn’t anything to be angry about, and that is rare on the Internet for a deal of this size involving talent of this caliber.

← 'Made For Love' On HBO Max And 'Invincible' On Amazon: This Week On Podjiba! | Review: 'The Unholy' Couldn't Get Me To Kneel →