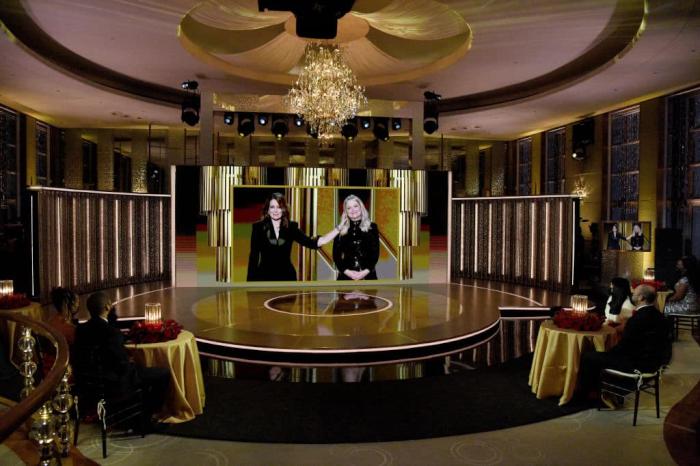 There will be no Golden Globes in 2022 on NBC. The network recently announced that they would not broadcast the awards ceremony, which is typically seen as the beginning of Hollywood’s Oscar season, due to the failure of the Hollywood Foreign Press Association to make much-needed reforms. In a statement, a spokesperson said:

‘We continue to believe that the HFPA is committed to meaningful reform. However, change of this magnitude takes time and work, and we feel strongly that the HFPA needs time to do it right. As such, NBC will not air the 2022 Golden Globes. Assuming the organization executes on its plan, we are hopeful we will be in a position to air the show in January 2023.’

This decision comes after major Hollywood studios and distributors like Netflix, WarnerMedia, and Amazon officially cut ties with the HFPA due to their lack of confidence in the group’s promised reforms regarding diversity and transparency. A number of major industry figures also called out the HFPA. Scarlett Johansson spoke out over how actors like herself were often forced to face ‘sexist questions and remarks by certain HFPA members that bordered on sexual harassment.’

According to Deadline, even Tom Cruise is annoyed, having decided to return his three Golden Globes in an act of solidarity with the protestors.

The HFPA is a notoriously nonsense group whose place in the entertainment world as a semi-legitimate part of awards season has always been derided. Yet everyone in the business went along with their obvious self-serving party because, somehow, winning a Golden Globe became seen as important if you wanted to win an Oscar. Many people have noted over the years how the tiny membership of the Hollywood Foreign Press Association has been comprised of journalists with questionable credentials who giddily wielded their power to cozy up to big stars.

The staggering lack of Black members in the HFPA fell under scrutiny in recent weeks following a number of developments. As noted by The Wrap in March, the HFPA rejected requests for press conferences with Black-led casts, which included titles like Girls Trip and Bridgerton. Director Ava DuVernay shared her own terrible experiences with the HFPA and their seeming lack of interest in the work she was there to promote.

For the WHEN THEY SEE US/ HFPA press conference, less than 20 of them showed up. Based on the quality of their questions, I jokingly asked “Have any of you seen the series?” Crickets. More came in the room when the pix were to be taken, at which time two peddled their scripts. https://t.co/pBWbUz2FZ3 pic.twitter.com/5XbiSeOBDz

The former president of the HFPA, Philip Berk, was kicked out after he shared an anti-Black Lives Matter article that described the movement as a ‘racist hate group.’ Berk, by the way, is the same man who was accused of sexually assaulting Brendan Fraser.

The HFPA claims it is committed to change, but that’s hard to believe when even the guy they hired as a diversity and inclusion adviser quit because he said he had no confidence ‘in our ability to collaboratively deliver the transformational change that the industry and the people in it whom I deeply respect are demanding of you.’

Honestly, I don’t think anything of value will be lost if we drop the Golden Globes. The HFPA has gotten away with bullsh*t behavior, blatant crookedness, and repeated journalistic failures for decades because, for some reason, we collectively decided that letting a hundred random people pick winners for a trophy was worth something. The HFPA is desperate to cling on to relevance, but no amount of reforms can fix the rot at their center. Bring in more diverse members all you want, but when your primary aim is to force celebrities to pay attention to you, integrity doesn’t really enter the equation.