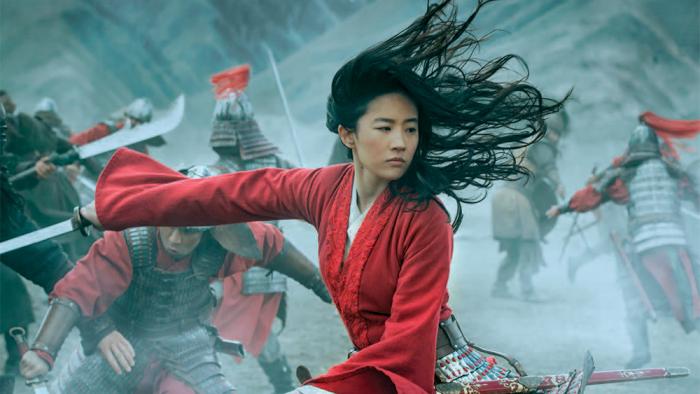 We don’t want to get too far ahead of ourselves because these are not official numbers provided by Disney, but figures provided by analytics research firm 7Park Data suggests that Mulan earned approximately $260 million on Disney+ in its first eight days of release.

That’s huge. If accurate, the $260 million is huge in and of itself (especially for a film with lackluster reviews that was cloaked in controversy), but the fact that Disney does not have to share that $260 million with movie theaters is even bigger news, because it suggests that these Disney/Marvel/Star Wars/Fast & Furious tentpoles actually can earn huge amounts on PVOD (not to mention the fact that downloads — and subscriptions — of Disney+ spiked 68% in its first weekend).

What will that mean for the future of moviegoing? It’s hard to say post-pandemic, but the fact that Disney is mulling moving Black Widow and Pixar’s Soul into the December holiday window suggests that they may also make those titles available on Disney+ (while simultaneously releasing them in theaters internationally). If Black Widow can make $260 million in 8 days that it doesn’t have to share with exhibitors, what do you think that studios will do moving ahead? Continue sharing profits with AMC, Regal, etc.? Or say, “Screw the moviegoing experience! We’ll take 100 percent of the profits, thank you!”

This all, of course, is based on the unofficial estimates, which may not be accurate, although Disney is said to be pleased with its results. The possibility of bypassing theaters also does not take into account the long-term consequences, namely: Will these “event” films continue to feel like “event” films if we can just watch them at home? Will removing movie theaters greatly diminish the movie-watching experience?

On the other hand, it may change the game at least for the remainder of the pandemic, because it’s hard not to believe that Christopher Nolan’s Tenet wouldn’t have made at least $200 million on PVOD, instead of struggling to earn $30 million in theaters, which it has had to share with exhibitors.

In other words: I think it’s time to shut it down until the vaccine is widely available. It’s also time for the studios to start sharing receipts from PVOD movies because we are nosy bitches and we need to know.