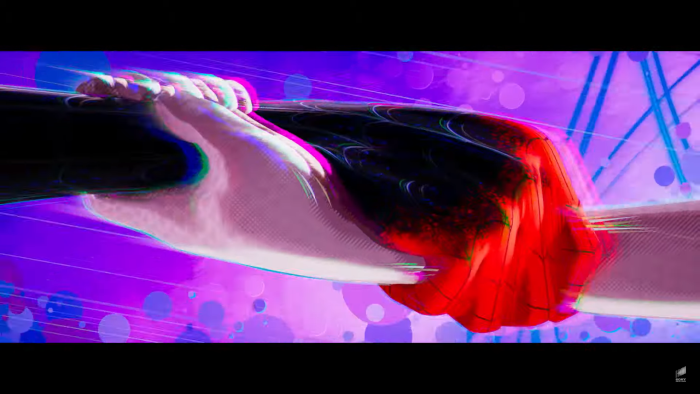 I cried the first time I saw Miles Morales on the big screen. It was an important moment for me (and many others). Not only did a Black Spider-Man exist, which was already exciting, but he was also getting his due on the big screen. It wasn’t a mediocre effort either. Spider-Man: Into the Spiderverse is, in this writer’s opinion, one of the best superhero films ever made. It was full of action, fun, heart, and humor, and it looks like the sequel will follow suit.

Spider-Man: Across The Spidverse dropped a new trailer today, and the excitement surrounding it is palpable. It begins by showing clips from the first film (while Miles’s mother delivers an emotionally charged monologue). Then it swings into new territory, showing off the depths of the Spiderverse, a stellar look at Issa Rae’s Spider-Woman, and hordes upon hordes of Spider-Men that will keep easter egg-hunting internet sleuths obsessing over every frame for days.

In a world of homogenized superhero movies, Into The Spiderverse remains a special flower in a field of weeds. I could have lived the rest of my life happily if we never got a sequel. Why mess with success? That said, this trailer calms the fears that I may have had. There is love, care, and creativity in these films. If the same group of people wants to tap into that vein again, you can be damn sure that I’ll be first in line.


← Which Streamer Canceled the Most TV Shows in 2022 | Why No Award Season Love for 'Reservation Dogs'? →