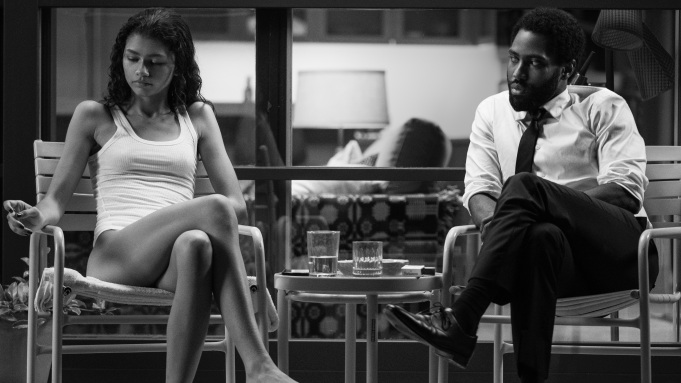 Many, many years ago, I watched an Al Pacino film that changed the way I thought about acting. It was one of those epiphanies young people occasionally have, and I found myself bingeing a good dozen Pacino films that week. I realized then that — completely aside from the film itself — I could fall in love with a performance. Dog Day Afternoon, Scent of a Woman, Carlito’s Way, Donnie Brasco, Glengarry Glen Ross. The list goes on, but Pacino’s performances — even in something like The Devil’s Advocate — were absolutely intoxicating. We don’t see performances like that very often, performances that work divorced from the rest of the film — Denzel in Devil with a Blue Dress or Amy Adams in Junebug or Gosling in Half Nelson or Viola in Fences — but when they come along, they can steal your breath.

I felt that way watching John David Washington in BlacKkKlansman, and I felt similarly watching him in the inferior Malcolm and Marie. Denzel is my all-time favorite actor, but I miss the kind of roles he could really sink his teeth into and then rip the f**king meat off the bone. Peak Denzel could beat you about the head and face with a phone book, and you would say thank you for the fine performance.

In Malcolm and Marie, Denzel’s son is f**king ferocious. He delivers here one of those hair-on-the-back-of-your-neck performances. It is showy as hell — he eats macaroni and cheese with Shakespearean avidity — but that’s part of what I love about it (Pacino at his best was also showy as hell). I don’t know if John David Washington believed the words he delivered in this movie, but by God, I believed that he believed them. Zendaya is equally terrific, although in a much more subdued and less showy performance. She is unreal, and their back and forth comes off like two Wimbledon champions — one growling and sweaty, and the other casually lethal — engaged in an epic battle of wits, forcing faults, finding weakness, falling back, and then fiercely going back on offense.

I loved every second of their performances, which is good because I didn’t always like what they were saying in those performances. The movie from writer/director Sam Levinson (Euphoria) is about a couple returning from the premiere of a movie written and directed by Malcolm (John David Washington) but inspired by the addiction struggles of Marie (Zendaya). The “movie” basically sounds like Euphoria, and much of the back-and-forth that Malcolm and Marie engage in is about the critical reception of that movie (specifically, the review of a white, female critic at the L.A. Times).

And yes, absolutely it is bullshit for Sam Levinson — who is white — to use Washington as a mouthpiece to bitch about critics, especially those who have taken issue with Levinson on issues of race. Moreover, using Washington to compare himself to Barry Jenkins and John Singleton is a f**king tone-deaf embarassment that Netflix should immediately strike from all future airings of the film. But I also don’t want to take too much agency away from John David Washington, who — if he’s anything like his dad — probably believes in some of what Levinson argues, too, at least with respect to critics prioritizing identity politics over the emotional arc of a film.

Sam Levinson — the son of Barry — is a talented director with great instincts who can coax great performances out of incredible actors, and he’s savvy enough to hire an incredible cinematographer in Marcell Rév to shoot his film and take credit for how gorgeous its black-and-white texture is.

As a screenwriter, however, Levinson is an entitled, thin-skinned, self-absorbed sh*t. That, however, is not lost on John David Washington. He delivers a tremendous performance here, but it is not one that is particularly flattering to Levinson, if we — as we are all wont - presume that Levinson is speaking through Washington. It almost feels like Washington knows this, and he is determined to reveal Levinson for exactly who he is: A smug asshole who buries his talent beneath his narcissism. That may be the real genius of John David Washington’s performance: The better he is, the pettier he makes Levinson seem. It’s not evident, either, that Levinson realizes that Washington’s incredible performance is more indictment than appreciation, but that’s part of what makes it so remarkable and fun. I wish I could say the same for Levinson’s script.