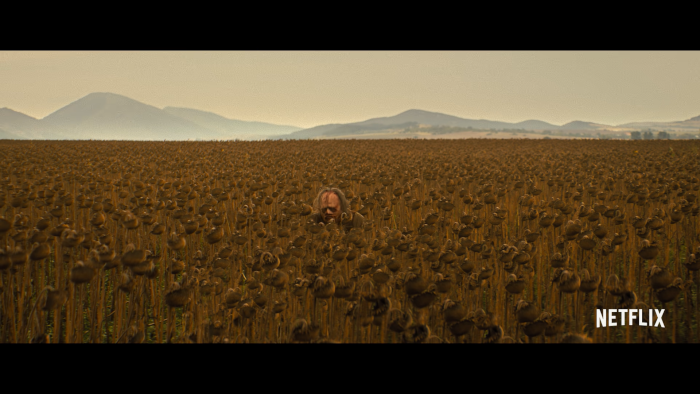 Stop me if you’ve heard this one before. The lone survivor of a horror movie, made almost 50 years ago, returns to exact revenge on their former tormentor. A classic horror movie reinvented for a new generation, not through a reboot but a legacy sequel! This style of sequel has become a bit of the norm thanks to the success of the 2018 Halloween. Other movies had tried it before, even in the Halloween franchise (hello, H2O). It had just not been as successful without, well, Danny McBride, I guess. These legacy sequels have become so popular they were even the target of the latest Scream. Now, the Texas Chain Saw Massacre franchise is getting in on the fun.

There was a time when horror sequels were plentiful, albeit with diminishing returns. Cheap, dirty, schlocky attempts at cashing in on one movie’s popularity. The Texas Chain Saw Massacre, a classic in the slasher genre, was not immune to this trend. It spawned several sequels and reboots that featured rising stars, lower stakes, and even the Illuminati! The higher number the sequel, the further it strayed from its grittier roots.

The new film, slated for a February release straight to Netflix, looks to attempt a return to form. The question is, how close can it get? The original Texas Chain Saw Massacre, while certainly not unassailable, is very much a product of its time. It is a low-down, dirty, independent movie that pushed boundaries for better and for worse. It’s hard for me to believe that adding cellphones and the return of an original character will do much to reinvigorate the franchise. Leatherface came at a time when deranged, mysterious, slasher monsters were fresh. Now, they’re often a step away from being parodies of themselves.

There’s also something to be said about a low body count in a slasher movie. To me, personally, a horror movie can be more effective with a smaller cast and body count. If there are fewer people, and you get to know them, you’re more likely to be afraid when they’re in danger. Horror sequels love to up the body count, and soon you’re stuck with gore for gore’s sake. I haven’t seen this new film yet, but a segment of the trailer seems to show Leatherface just chopping up a bus full of people. Maybe we’ll get to know them well enough to care? I have my doubts.

I’m excited about this movie, even if it doesn’t sound like it. I just don’t want it to make the same mistakes as some of the movies that preceded it. Fingers crossed! We should probably cross chain saws too. Just to be safe.


← The Pajiba January 2022 Book Recommendations Superpost! | The New 'Halo' TV Series Trailer Gives Us A Look At The 'Silver Timeline' →