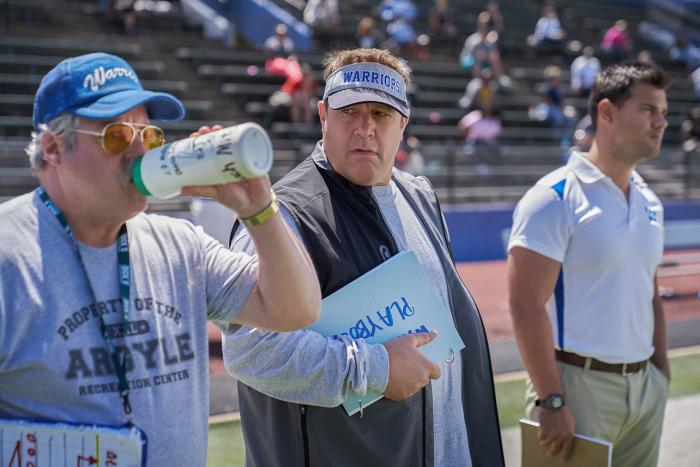 Kevin James Netflix Movie 'Home Team' Is Nothing To Write ... Er, About

Happy Madison. Football movie. It’s inspired by a true story about the time the SuperBowl-winning New Orleans’ Saints coach Sean Payton was suspended for a year and decided to be the assistant coach for his kid’s football team. Kevin James is subdued as Payton, as though quietly atoning for the Paul Blart movies. Jackie Sandler plays his ex-wife. Rob Schneider plays the ex-wife’s obnoxious, hippie boyfriend. Taylor Lautner is the kids’ football coach. Kevin James is better than he has any right to be, which isn’t saying much. The movie is not good, but it’s not completely unwatchable for fans of lazily written, formulaic sports movies designed to please crowds of early adolescents. It’s barely worth writing about, which is why we’re barely writing about it. (2.5 out of 10, do not recommend)