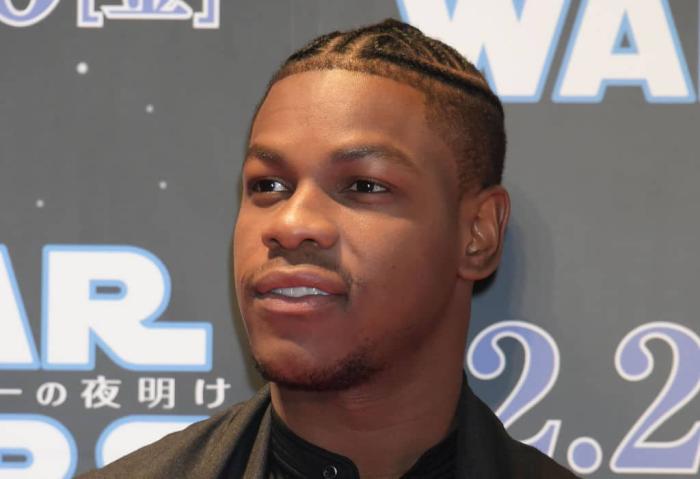 The press tour for Star Wars: The Rise of Skywalker is underway and that means the internet is in a very calm, cool, and collected state. Ha. After the bad-faith troll-driven fallout of The Last Jedi and the way people like Rian Johnson and Kelly Marie Tran were thrown under the bus and treated to the most abhorrent abuse, you’d think that Lucasfilm and Disney would have formulated a strong PR strategy to get through this season that didn’t involve pandering to the worst people. Oh, if only.

In a recent interview with Variety, John Boyega was asked about how he deals with the ‘double-edged sword’ of fan reactions as a Star Wars actor. How do you engage with genuine fans who just want to have a nice conversation with Finn versus the violent, often deeply bigoted trolls who are intent on driving you off the internet? The interviewer specifically mentioned Kelly Marie Tran, who was forced off social media by racist and misogynist abuse directed at both herself and her The Last Jedi character Rose Tico. Boyega’s response was, to put it mildly, a touch off-base.

Here’s the full question and answer:

There’s a sort of double edged sword there. You can get really great engagement. But then there’s what happened with Kelly [Marie Tran] about the small subset people who are very vocal and very negative, and having to navigate that.

Being in this position, you just understand the masses, how the masses think, you know. Through social media, we get to engage, we get to have fun. But at the same time, for those who are not mentally strong, you are weak to believe in every single thing that you read. That’s, you know, it is what it is. I don’t know, for me anyway, when I see that [backlash], I’m like, well, that’s actually not true. But no, it is actually not true. So it’s kind of like [shrugs] it is what it is. But to engage, to connect with the fans who otherwise wouldn’t get a day to day experience, especially during things like the press tour, and behind the scenes stuff, is always good.

Yeah, the use of ‘those who are not mentally strong’ really stung to read, not gonna lie. Given the abhorrent abuse Tran received, which is directly mentioned in the question, you can’t blame people for reading or hearing Boyega’s response and thinking that he seriously missed the mark here. I get what he was going for, but in this specific context, it did read like he was dismissing Tran’s response as weak.

Boyega quickly took to Twitter to apologize and clarify his remarks.

In no way was I referring to Kelly when I made my comments although the interviewer mentioned her given the topic. I was really speaking from my own perspective throughout this franchise. Sometimes I’ve felt strong and sometimes I’ve felt weak. Badly worded though. I apologize.

It’s a solid apology, one that’s sadly already been appropriated by the usual creeps to ‘prove’ that Lucasfilm is censoring its actors or some nonsense like that. It does depressingly speak to the Catch-22 of being part of a franchise like this and at a time when social media is now a default mode of self-promotion. You’re supposed to be eternally ‘grateful’, even to the people who openly want to ruin your life. To do otherwise will inspire an endless series of screeds from right-wing clickbait sites and the Reddit dwellers who won’t shut up about their ruined childhoods. The least the multi-billion dollar media conglomerate making these movies can do is make sure their team is safe and not throw them to the wolves.