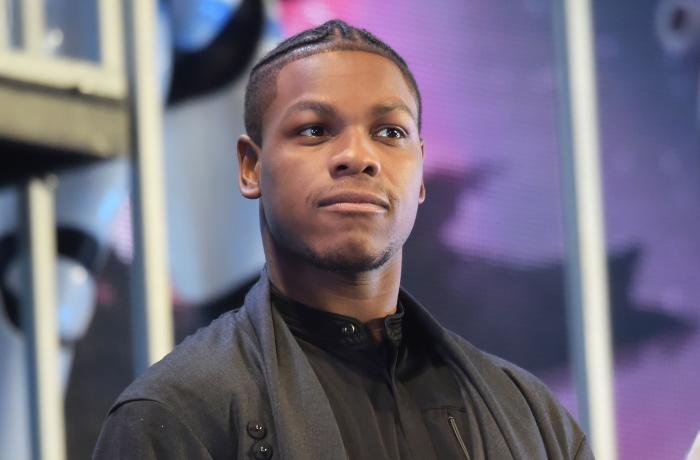 It’s been two years and the discourse surrounding Star Wars: The Last Jedi is still alive and well. On Twitter, on Reddit, in the comments sections, Rian Johnson’s film has seemingly divided fans for better or worse and I’m convinced they’ll continue arguing about how good or bad it was until the end of time. Adding to the discourse is John Boyega himself, who’s recently chimed in with regards to how he felt about The Last Jedi. He’s getting a lot of hate for it, too, though his comments about the subject are honestly not that bad.

In an interview with Hypebeast, Boyega, who was the leading man in The Force Awakens (which people honestly forget for some reason), discussed “feeling iffy” about The Last Jedi. Why? Well, Boyega didn’t love the film as much as Episode VII because he was largely separated from the main cast. Rey was off on Ahch-To, Poe was hanging with Leia, and Finn and Rose were off on their own adventure.

In Boyega’s own words:

“The Force Awakens I think was the beginning of something quite solid, The Last Jedi if I’m being honest I’d say that was feeling a bit iffy for me. I didn’t necessarily agree with a lot of the choices in that and that’s something that I spoke to Mark [Hamill] a lot about, and we had conversations about it. And it was hard for all of us, because we were separated.”

Boyega, like so many, considers himself a fan of Star Wars and has just as much a right to have an opinion on his own arc, so his criticisms (which are slight when compared to what others have said) of Rian Johnson’s divisive film aren’t unwarranted. Finn’s separation from the main action and from Rey and Poe did weaken the film. Instead of building on the trio’s relationship, it threw each into other parts of the galaxy. Boyega argued that the original Star Wars trilogy felt more united and the trio spent a lot of time together when compared to Rey, Finn, and Poe.

“I guess in the original Star Wars films there was much more of a trio feel where it was essentially about Luke’s journey, but, Han and Leia, there was a strong dynamic. Which I think, I don’t know how quickly we’re going to be able to establish that long-term dynamic with [Episode] Nine, but if it’s exploring that dynamic, then that would be cool. I do feel even after three films still, we don’t know them as much as we got to know Han, Luke, Leia. And maybe that’s a great opportunity to get to know them a little bit more.”

Episode IX seems to offer a lot more time with the trio, as Boyega wanted, but whether or not the film makes up for any lost time remains to be seen. Star Wars: The Rise of Skywalker hits theaters December 20, 2019.