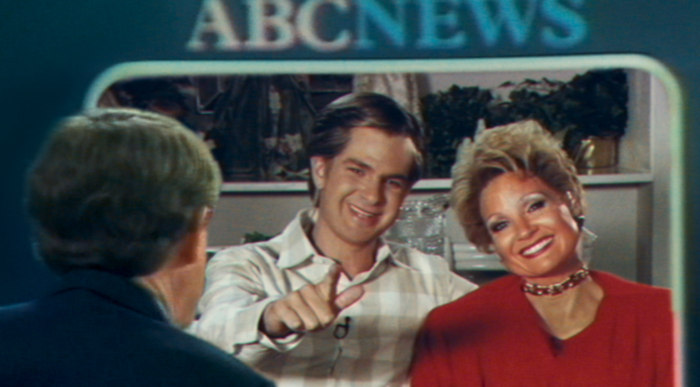 Jessica Chastain Is Unrecognizable in 'The Eyes of Tammy Faye' Trailer

I am from the Bible belt, and old enough that televangelism was a regular fixture of my childhood. We didn’t have a thousand streaming options in the ’80s, so during the day, we would occasionally stumble upon The PTL Club or The 700 Club or Pat Robertson’s show or Billy Graham. They were all crooks, except I believe Billy Graham (unlike his son), in at least he was never convicted of fraud or embroiled in a sex scandal.

At the very least, Jim and Tammy Faye Bakker were the most entertaining of the bunch, though even at a young age, I could tell they were grifters. They might have been my original hate-watch — my dad and I would occasionally watch just to make fun. Tammy Faye was always crying, they were always preaching fire and brimstone, and always trying to convince their viewers to send them money to save us from hellfire.

They were a hoot (a crooked hoot), but Jim Bakker was also a bad guy, which is why he ended up doing a stint in prison for fraud and for paying his church secretary, Jessica Hahn, hush money to cover up an alleged rape (Hahn would later pose in Playboy, appear in a Sam Kinison video, and appear regularly on Howard Stern, because the ’80s were weird, y’all).

The Eyes of Tammy Faye covers all of this from the perspective of Tammy Faye, who was a sympathetic figure in this whole mess and even broke with evangelicals in showing support for the LGBT community during the AIDs epidemic. After her divorce from Jim Bakker, she also became a gay icon (the documentary, The Eyes of Tammy Faye was narrated by RuPaul).

Tammy Faye had a mess of a life, but to come out of it as she did was nothing short of remarkable. Here’s the trailer for the film, starring Jessica Chastain and Andrew Garfield. It’s a wild story, and its release in September should position it well for awards season.

The Eyes of Tammy Faye will be released into theaters on September 17th.


← Karen Allen: Indiana Jones Did Not Take Advantage of a Child | Andrew Lloyd Webber 'Prepared to be Arrested' If Authorities Try to Intervene on Theater Reopening Plans →