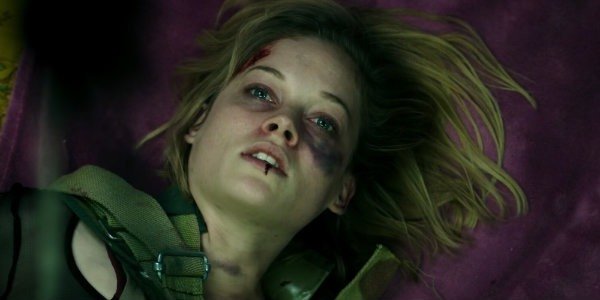 Jane Levy Rightfully Did Not Care for the Insinuations of Her 'Don't Breathe' Director, Fede Alvarez

Many years ago, in a piece that appears to have been lost to the Internet boogeyman, I wrote an article extolling the Evil Dead franchise as the best trilogy of all time, and I’d still stand by that, even if Evil Dead were still a trilogy. Needless to say, I was unhappy when a fourth film was announced and said as much at the time. Still, as skeptical as I was going in, I was absolutely won over by the fourth film, which starred Jane Levy and was directed by Fede Alvarez.

Back in 2016, I was equally impressed with Don’t Breathe, one of the absolute scariest films I’ve ever seen in my life. I loved it. That movie, too, featured Jane Levy and director Fede Alvarez. It seemed like Alvarez and Levy had a really strong connection, or at least an ability to produce great horror flicks together.

And yet, Alvarez’s sequel to his Evil Dead fell into development hell and never materialized (Sam Raimi will return for the fifth installment, Evil Dead Rise), and Levy wasn’t asked to join the sequel to Don’t Breathe, which comes out in August. Weird. I wonder why? At a press junket, Alvarez explained.

“Jane is amazing; we’ve made two movies with her and have so much respect for her. I saw her recent work, and I’m so happy that she’s having so much success with her TV stuff. I think when I see her there, I see her in her true element where she’s truly happy. When I saw her shooting this movie, I did not see her happy. I think that she gives 200% every day, and these movies are really demanding in the way we do them also. So I wouldn’t have done that to her.”

Hmmm. He seems to be saying, “Levy is awesome, but not up to the task.” That’s probably the way that Levy read it, too, because here was her very blunt response:

maybe we should be asking why these films are made in such a way that their directors are averse to having committed actors participate?

It certainly sounds like Alvarez was right in that Levy wasn’t happy on the set of Don’t Breathe, but apparently doesn’t stop to consider that he may have been responsible for how miserable she was. That actually tracks with Alvarez’s own statements about Levy’s experience in a 2016 interview with EW:

“I think Jane arrived on set and five minutes later she realized, ‘This might have been a mistake,’” Alvarez tells EW. “A lot of that suffering you see onscreen is real. This movie was very hard to make on the actors. On Evil Dead, it was more the physicality of it all, like being covered in blood every day, and makeup, and all that. On this one, this was a bit more the psychological torment of what’s going on and what she was going to be put through. You have to make sure that the actors are not too relaxed or not too comfortable. You misdirect the actor, you tell them, ‘You’re gonna walk down this hallway, and the guy’s going to come from the left, and you prepare for that.’ But, at the last second, you change it, and make him come from the right. You get great reactions out of them. Then they just scream at you but that doesn’t matter.”

In any respect, Stephen Lang does return for the sequel, and I wonder if we’ll be hearing from that new cast in a few years about their experience on the set. Here’s the trailer.