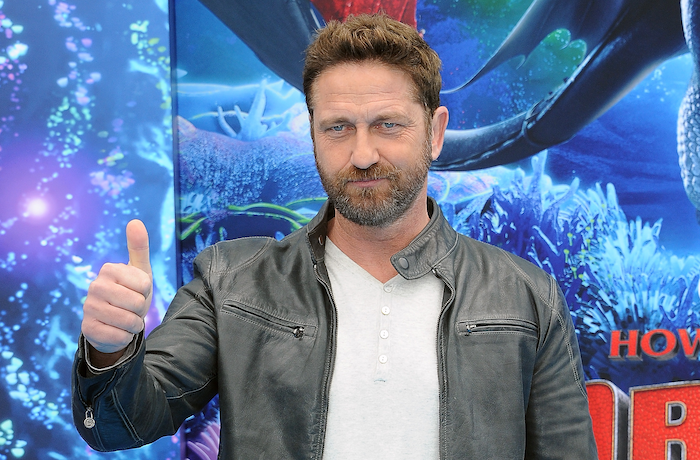 This is Gerard Butler's Best Movie

Friends, I spend a lot of time thinking about Gerard Butler. He really delights me because he’s talented, but also, seems to live at the intersection of sheer professional laziness and simply not giving a f*ck. As a result, his movies can run the gamut from being totally phoned in to a level that is performance art, and also, sometimes, surprisingly good.

Which is to say, I find the vast majority of his body of work incredibly entertaining, regardless of which end of the spectrum they live on.

What I love about the modern-era Gerard Butler (the dude has been making movies for 20 years, after all) is that this era-Butler is not a man who will ever starve himself, Christian Bale in the Machinist-style. Nor put himself through the wringer for a role that tests the levels of his endurance, like Leo in the Revenant. He is not an actor that is going to suffer for his art. I respect that.

No, friends, Gerard Butler seems to me that in this stage, if he could make movies that never required him to get out of his car, or could be made while he’s just lying prostrate on a couch, he one hundred percent would sign on to those roles, and those roles exclusively.

This is why in a nutshell I really love Gerard Butler. His movies are ridiculous, and sometimes they’re really, really, really, good. But when they’re really, really, really bad, they’re almost better. I also have no doubt in my mind that he occasionally wakes up and decides to try a little, and as a result makes some interesting career choices to this day, like that Lighthouse movie that isn’t about ghosts, but still pretty good. Or the very low key, charming, and kind of devastating Dear Frankie.

But there is one movie, above all others, that I find myself inexplicably rewatching the most, and I make no apologies for it. In fact, I think it is his best movie, because it combines all the hallmarks of a Butler movie:

Weird, improbable premise? Check.
Gerard Butler being, well, Gerard Butler? Check.
A supporting cast that doesn’t seem to realize that they’re in a Gerard Butler movie, so they’re still trying? Check.
Hilary Swank being there, also? Yup, got that, too! Check.

Yes, friends, I am of course talking about P.S. I Love You. Stop gnashing your teeth and stand down on posting your 5,000-word treatise on how underrated Gamer is, as a comment. I know Gamer is dumb, underrated fun. You don’t have to tell me. I wrote the original 10,000-word think piece on it back in the day. You can still read it by checking under the water tank of the dirtiest bathroom stall at your local airport Chili’s. That marketing campaign cost me a lot, but it was a true labor of love for me, what can I say?

Anyway, P.S. I Love You has it all. By that I mean, it’s dumb but I have a weird thing where I end up rewatching it once or twice a year and then cleaning my apartment. Additionally, it’s the perfect Gerard Butler movie (for Gerard Butler at least) because he isn’t in it that much, but is still given a headliner role, so I imagine he could sleep in on filming days and show up when he felt like it, but still cash that leading man paycheck. Score!

It also has an oddly outstanding supporting cast, like I mentioned above that includes Lisa Kudrow, James Marsters, Gina Gershon (and as an added bonus, she doesn’t have to get pushed down a flight of stairs by a Showgirl in this movie, unlike others) Jeffrey Dean Morgan, who has an Irish accent because why not, and yes, Kathy “I’m the GD Mother-Fing Boss Who Was in Titanic” Bates. Can you tell me with a straight face that that isn’t a good cast? I mean, sure, I agree it’s missing Dabney Coleman, but every movie without Dabney Coleman is missing Dabney Coleman, get off of it already!

Additionally, it has one of my all-time favorite bad movie tropes, which is where they do nothing to make the actor look younger but give them a hat, and then try to demonstrate to the audience that they are playing their significantly younger selves through said hat. Watch for yourself and look at Hilary Swank’s youthin’ hat in action!

Look, I don’t expect you all to agree with me that P.S. I Love You is Gerard Butler’s best movie, but I do expect you to understand that by disagreeing with me, you’re simply wrong.

I haven’t even explained what this movie is about, but now I feel like I’m being attacked so I’m not sure I want to dive deep into it right now. Also, real talk, this post is already surprisingly long. One might say it’s approaching overly long territory.

Suffice to say it’s not about convicts taking over a plane, although I would like to see Butler’s take on that genre. No, P.S. I Love You is basically about Gerard Butler dying, but then leaving his wife notes to help her move on in the grieving process. Somehow they manage to make that premise into a 2+ hour movie, and I’m not sure how but I’m here for it. Also, the plan isn’t that good of a plan and in my opinion prolongs the denial stage of grieving his wife, played by Hillary Swank (and her youthin’ hat) is going through. So, I’m not sure why I like this movie, or why I think it’s Gerard Butler’s best movie, but here we are, at the end of the piece, so this is the conclusion we all must live with now.

I’ll let Butler himself play us out because never forget that for a time in the mid-aughts, he sang in his movies a lot.