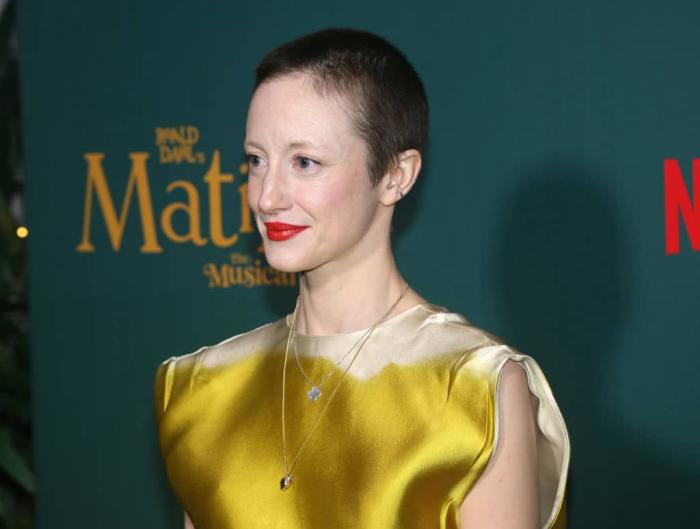 Tis the season of Oscar campaigning in Hollywood. We’re currently being deluged by critics’ circle awards, sycophantic actors’ roundtables, and more parties than even the most cocaine-addled executive can hope to attend. Winning the Academy Award, still considered the highest honor in the entertainment world, is an extensive and expensive goal. Publicists work year-round to get their clients’ names in lights, to have them positioned as worthy of nomination. We’re starting to see certain categories fill out with supposed locks, from Brendan Fraser and Ke Huy Quan in the actor branches to Steven Spielberg possibly being on his way to a third Best Director trophy. This isn’t necessarily a time for surprises, not when the battle is being fought by the same handful of studios and distributors and we keep seeing the same names appear time and time again. But, as William Goldman famously said of the season, nobody knows anything. So, why not hope for a real shocker now and then? Step forward Andrea Riseborough.

For those in the know, Riseborough is easily one of the best actors working today. Perhaps best known for her work in films like Possessor and The Death of Stalin, she’s earned herself a reputation as a risk-taker with impeccable range. She can do horror (Mandy, The Grudge), historical drama (Brighton Rock, The Electrical Life of Louis Wain), and comedy (Mindhorn) with ease. She’s a scene-stealer who works well in vast ensembles, an indie darling unafraid to get mainstream. She’s so talented that she can play both Wallis Simpson and Margaret Thatcher and make them seem like compelling human beings. Riseborough is a genuine chameleon, someone who can seem so drastically different from role to role without needing layers of prosthetics or bad wigs to do so. As an actress, she doesn’t have to prove herself, although major recognition has often eluded her. This season, it seems that she and her team have decided to take matters into their own hands in promotion of her performance in To Leslie.

Directed by Michael Morris and co-starring Marc Maron and Allison Janey, To Leslie sees Riseborough play a troubled alcoholic who tries to rebuild her life after squandering her lottery winnings on booze and drugs. It had its world premiere at South by Southwest last March and opened in a limited theatrical release in October. Its box office earnings were minimal but reviews were kind. It seemed doomed to be the kind of little-seen but acclaimed film that critics write about years later as the one that got away. But then, over the past week, it seemed as though Riseborough was everywhere. Not in any actual acting categories, alas, but her friends and colleagues came out in full force to support her performance.

Buzz for To Leslie and Andrea Riseborough's performance continues through the weekend. Demi Moore hosted a screening, Kate Winslet did an online chat and Andrea turned up today at #BAFTATeaParty. Kate called it "the greatest female performance I have ever seen in my life." Wow. pic.twitter.com/FBtQQOrDDU

At the top of her Critics Choice speech, Cate Blanchett shouts out TO LESLIE star Andrea Riseborough… pic.twitter.com/Wrdm13mEv4

Here is one of the all-time great actors being very very right about this astonishing performance from Andrea Riseborough. I’ve always worshipped her, but even for her this is next level. I was weeping. Beautiful work from @marcmaron and @AllisonBJanney too https://t.co/ANBTsEG9jR

Film Twitter had its fun with the sudden inescapability of To Leslie and the open shamelessness of Riseborough and/or her team gunning so hard for an Oscar. I can’t help but respect it. I prefer actors to be open about their ambition and willingness to play the awards game. It’s far more honest than the faux-humility and insistence that such things don’t matter you hear from some figures who then go over time with fawning profiles and inter-industry butt-kissing. We all know that it’s fun to win things, and for all of the pointlessness and arbitrary bullsh*t that surrounds the Academy, getting an Oscar nomination can do wonders for one’s career. It can drastically raise your profile and your salary, plus it’ll get eyeballs onto even the most niche of films.

The campaign also highlights the inherent inaccessibility of the typical awards season rollout. The Academy is a notoriously narrow-minded organization, one that has the most exhaustingly limited viewpoint of what gets to be considered cinematic greatness. It’s a middlebrow group that loves the same things year after year, which is partly why it feels so seismic a change when they do minor things like acknowledge the existence of movies not in the English language. It costs a lot of money to get these people to pay attention to you, even if you’re within their parameters for greatness. If people knew that getting that little gold man can take hundreds of thousands of dollars’ worth of work, then they’d probably feel far more cynical about the process than they already do. It is, after all, a popularity contest.

Riseborough isn’t the first actor to go grassroots with their campaign. Ann Dowd scraped together $13,000 of her own money to make screener copies of Compliance for awards voters because the indie film’s distributor, Magnolia Pictures, lacked the budget to do so on their own. Sally Kirkland wrote letters to everyone she knew who was an Academy member to earn her Oscar nomination for the little-seen drama Anna. She did as much press as she could manage, called in favors from people like Joan Rivers, and hired two press agents and paid for ads out of her own pocket. Melissa Leo paid for glossy and oft-parodied adverts featuring herself to land her award for The Fighter. Often, you’re not the film’s priority, or your movie wasn’t made by a studio with an extra hundred grand lying around to get your face on billboards around Los Angeles. If you want it bad enough, and everyone in Hollywood does, then you fight for it.

Personally, I wish we saw more Oscar campaigns like this. I’m not sure why people dismiss them while welcoming the almighty machine of thirst and cash that is a studio’s For Your Consideration crusade. I’ll take a display of shameless ambition over false sincerity and sneakiness every single time. If nothing else, this has all gotten me excited to see To Leslie.