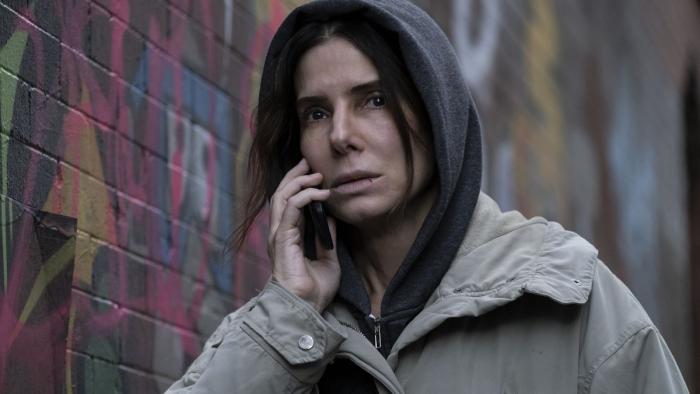 In Netflix's 'The Unforgivable,' Sandra Bullock Holds Her Own with Viola Davis, and That's Reason Enough to Watch

Sandra Bullock’s The Unforgivable is based on the acclaimed 2009 three-part British miniseries, The Unforgiven, from writer Sally Wainright (also Gentlemen Jack and Happy Valley, among others). It says something about The Unforgivable that I don’t feel aggrieved by this American remake. On the contrary, I only wish it, too, were a three-part miniseries. Not because the movie isn’t good, but because it leaves the viewer wanting more. That’s not a bad thing.

The film, however, is a dreary affair, and the way that Sandra Bullock is cast against type is both refreshing and frustrating. She is good in the role, but it’s not a particularly demanding one. She plays Ruth Slater, a convict released from prison after serving 20 years for the murder of a police officer (W. Earl Brown). The circumstances surrounding the crime are not made clear until the end of the film, but it’s enough to say that a cop was shot trying to evict Ruth and her five-year-old sister from their home after their father died.

After her release from prison, Ruth is determined to find her sister, Katherine (Aisling Franciosi), who was adopted after Ruth was convicted and has no memory of her life with Ruth aside from traumatic flashbacks she can’t make much sense of. On the day Ruth is released from prison, Katherine gets into a car accident and has to return home to her parents to recuperate.

Ruth is employed in two jobs while on probation, one of which is a position at a fish-processing plant where she works alongside Blake (Jon Bernthal), a complicated potential love interest (and it’s always good to see Bernthal in anything). Ruth revisits her old home only to find that another couple, John and Liz (Vincent D’Onofrio and Viola Davis, respectively) have fixed it up and moved in with their kids. John also happens to be a corporate attorney who also has a “bleeding heart” (the most unrealistic part of the entire film), and he agrees to help Ruth reconnect with her sister, which involves navigating Katherine’s adopted parents (Richard Thomas and Linda Edmond) and a no-contact order.

If that’s not enough, there’s also the grown sons (Will Pullen and Tom Guiry) of the cop who was killed. They are set upon getting their revenge in a plot that eventually ensnares Katherine’s adopted sister (Emma Nelson).

Despite all the characters, The Unforgivable never feels overstuffed, but it does feel undercooked, as though some of the film’s relationships are cheated by the need to fit everything in under two hours. Ruth’s relationship with Blake, for instance, is given short shrift, and Viola Davis is brought in essentially to deliver only the movie’s pivotal speech (and Viola crushes it like only Viola can).

Bullock’s character, save for a couple of explosive outbursts, is stoic. She’s muted, solemn, and barely speaks, and while it does illustrate the far reaches of her range, it almost feels like a waste to hire Sandra motherf**king Bullock to walk around for two hours with a pinched face and dead eyes. The plot, again, feels as though it left too many scenes on the cutting room floor, and it’s genuinely such a terrific all-around cast that I wish we’d gotten to spend more time with each of them. I would watch a whole movie just about D’Onofrio and Davis’s characters.

Still, and despite the slow pace and sloppy editing, The Unforgivable is an engrossing film that builds just enough momentum to provide the necessary catharsis. It’s a long way from Bullock’s America’s Sweetheart days, but it is impressive at this stage in her career that she can now hold her own against Viola Davis, which is saying something when even Denzel can be upstaged by Viola. Ultimately, The Unforgivable is not a great film, but it is brilliantly acted and intensely watchable, even if it is a grim mood killer.

The Unforgivable is currently airing on Netflix.