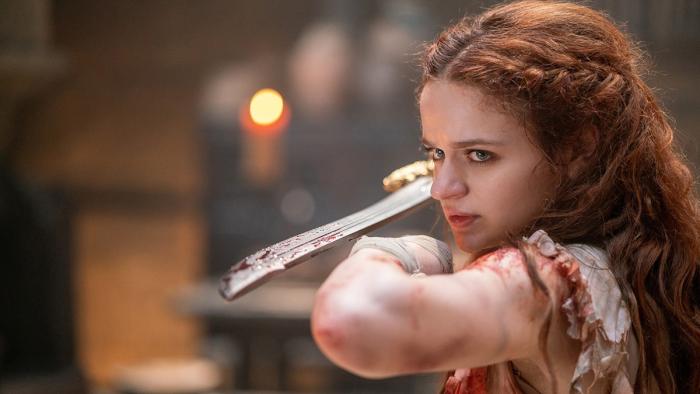 How old were you when you saw your first R-rated movie? If you grew up in the ’80s and early ’90s the answer is probably “much too young,” which explains a lot about why we are the way we are. I was definitely in the single digits. There was a scene where a murderous thug made someone eat a live, poisonous fish, I think? And another one where some slaughterhouse carcasses attack a cop. I remember being scared out of my mind but also confused about how much damage a pig without feet or a head could actually do. For years I thought I imagined it, only to find it one day while channel surfing. Sadly, time and THC have stolen the title from my mind once more. It’s not the only one from back then. I saw The Shining by 4th grade, Porky’s before puberty, and I distinctly remember being 11 and watching ABC’s It miniseries in my elementary school library. While not rated R, it was still frightening enough that I wonder which teacher thought it a good idea. But the takeaway here is that I watched R-rated movies long before the MPAA said it was OK and I turned out fine! [Publisher’s Note: 👀]. So when Hulu dropped the trailer for The Princess, about a young maiden who refuses to marry someone she does not love, I knew it was time for my daughter to experience the joys of a wildly inappropriate movie.

I mean … does it look “good?” Not especially. The writers are dudes without much in the way of credits though the director, Le-Van Kiet, also wrote and directed Furie, a very well-received martial arts crime thriller. His latest movie, The Requin starred Alicia Silverstone and featured a couple being swept out to sea and was unfortunately not as good. But this is an effective trailer — Joan Jett playing in the background never hurts — and Joey King (Gypsy in The Act) and Veronica Ngo (Furie, The Old Guard) seem capable of prodding serious buttock. Hell, King even looks like a mature Merida. That mean’s it’s practically a Disney film.

My kid’s in the double digits now, and the movie isn’t out for another month. That’s plenty of time for her to mature further! It’s this kind of rationalization that makes me such a great dad. You can be too, by sitting your pre-teen kids down and letting them enjoy The Princess on July 1.