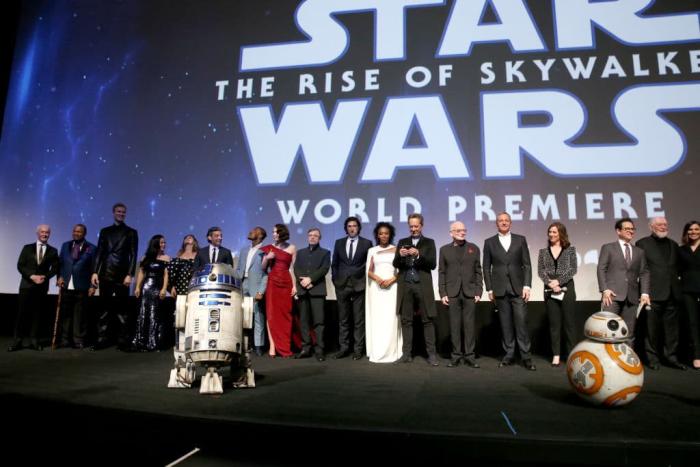 How Disney Dominated the Box Office in 2019

At the end of every year, I like to check out the box office numbers for the previous twelve months to see what films dominated worldwide and how it signals the ever-changing direction of the entertainment industry. Hey, I lead a very dull life, what can I say? For the past few years, the trends have been pretty set in stone: Superhero movies, franchise fodder, and familiar IPs reign supreme. Not all of them will be Disney properties but the chances are at least three or four of them will be. On the final day of 2019, with a new decade on the horizon, I looked up the highest-grossing films of the year and found utterly unsurprising results.

Of the ten titles listed, seven of them were distributed by The Walt Disney Company in some way, shape, or form. That number goes up to eight if you consider Sony’s Spider-Man: Far From Home a Disney-adjacent property as many of its viewers seem to. The outliers were Hobbs & Shaw and Joker, titles from Universal and Warner Bros. respectively. Star Wars: The Rise of Skywalker currently sits at number ten with a worldwide gross of $725 million, but expect that number to increase as we head into January. This level of domination from Disney in 2019 was predicted by many, but that didn’t make their immense might any less foreboding. Walt Disney Studios became the first studio in history to surpass over $10 billion in worldwide box office grosses this year, and they also became the first studio to have the most films reach $1 billion for a single year, with six out of those seven movies crossing that threshold. In other Disney-centered records, the Marvel Cinematic Universe became the first film franchise to gross $18 billion, then $19 billion, all the way up to $22 billion. It’s also the first film franchise to release three billion-dollar-grossing films in one year. How do you compete with that? Essentially, you don’t, and Disney is all too aware of that.

2019 was always designed to be the year where Disney flexed their muscles and established themselves as the growing media monopoly to beat. Sure, they didn’t have the reach of Comcast, but what they did have in their favor was endless IPs and decades of audience devotion. When Bob Iger became the Chairman and CEO of The Walt Disney Company in 2005, he followed in the footsteps of the deeply unpopular Michael Eisner, a man who helped to pull the company away from bankruptcy in the 1980s but had made too many bad decisions that cost the company dearly, particularly the folly of Disneyland Paris that the company has never truly made a profit from to this day. Iger was one of Eisner’s top men and he learned from the best when it came to the cold, hard business acumen of running the happiest place on earth. When nostalgia is the name of the game, you need to have a deep pool of content to plunder from and Iger knew that.

Under his tenure, Disney went well with its acquisition of intellectual properties and other companies. He oversaw the acquisitions of Pixar in 2006 for $7.4 billion, partly influenced by his understanding of how crucial the animation brand would be in their long-term investments in the Chinese market. The purchase of Marvel Entertainment for $4 billion followed in 2009, then came the takeover of Lucasfilm in 2012 for a reasonable $4.06 billion. The granddaddy of all acquisitions was confirmed this year in the form of the $71.3 billion purchase of 21st Century Fox. Reports suggested this deal would give the company an unprecedented 40% control of the North American market, a number that feels depressingly conservative now.

The Fox deal gave Disney ownership of a hell of a lot of major properties: The X-Men, Deadpool, the Fantastic Four, The Simpsons, National Geographic, FX, Avatar, Blue Sky Animation, and much much more. Of course, if you look at those ten highest-grossing titles of 2019, you won’t see a single Fox title. Indeed, under the Disney banner, Fox couldn’t have been less of an also-ran this year. Some titles were bigger flops than others, such as the disastrous loss from X-Men: Dark Phoenix, but the general impression given by Disney this year was that their shiny new studio was a minor annoyance more than anything else. Fox Searchlight held on okay with respectable numbers for Oscar favorites like Jojo Rabbit, but as Matt Zoller Seitz noted in his piece for Vulture, the sudden difficulty theaters had with getting hold of classic Fox titles for special screenings seemed to confirm the worst nightmares many had about this acquisition: why expand when you can just buy out the competition?

2019 was about Disney showing off their acquisitions from the past decade and the work they’d done to make them the untouchable giants of the worldwide box office. The record-breaking grosses for Avengers: Endgame, now the highest-grossing movie ever, would be the crowning achievement in any other year, but it simply feels like the cherry on top of the cake for Disney given how many billion-dollar hits they had in 2019 alone. They made the biggest movies that made the most money, but even their flops, like Dumbo felt more like nine-figure oopsies than anything truly devastating, something that no other studio can really compete with. Disney has helped to mold the modern age of blockbusters, one that is too big to fail, but it feels like they’re the only ones who can truly afford to slip up if it comes to that.

Frankly, it should be pretty terrifying to us all that Disney has managed to become so powerful in such a short amount of time. I’ve spent a lot of my short professional career as a pop culture writer ranting about this to little avail, but that’s part of why Disney managed to dominate 2019 so thoroughly: They have spent decades shaping the very notion of their audiences’ childhoods around their brand and the acquisitions they’ve made only further strengthen that notion. Whether it was Marvel or Star Wars or Pixar or their own impressive roster of titles, Disney seemed to have something for literally everyone. For many people, going to the cinema is now a Disney-exclusive experience.

The chances are that Disney won’t be able to repeat the mammoth success of 2019 next year or in the near future. This was a one-off display of strength, partly to provide a fitting peak for Bob Iger’s time as CEO before he steps down in 2021. By the end of 2020, when Disney has about four movies in the top ten, some will see it as a disappointment, but it’s still a level of power and control that should concern audiences. But hey, I get to watch Baby Yoda next year when Disney+ drops in the UK…