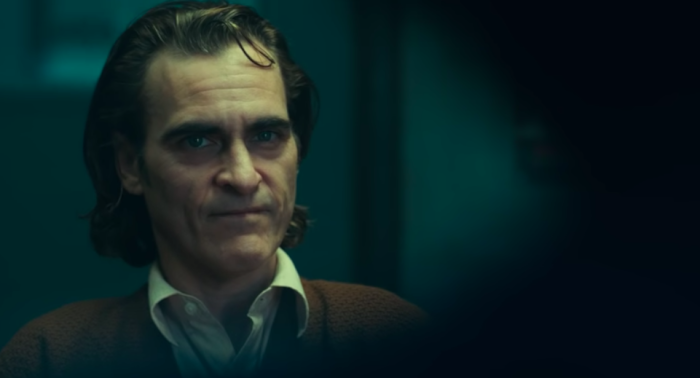 Hey, Joaquin Phoenix? What You're Describing Is an Eating Disorder

First of all, hi. Where was I?

The Joker press tour continues to go flawlessly and without incident. Everyone is being super cool and not saying anything to further damage the public perception of the film to those who haven’t seen it.

Getting skinny was another way into Joker. Phoenix lost 52 pounds, leaving him with protruding ribs and shoulder blades. While it was one way to convey Fleck’s fragility, Phoenix found it “empowering,” he said, “because you’re able to control yourself in that way.” As he did on “The Master,” he obsessively eyed the scale (and used the same nutritionist). When he finally reached his target weight, he sent a picture to Phillips. “I couldn’t believe I finally made it. [The weight loss] lent itself to the dance and the movement. You notice a lot of dancers have very little body fat. It made me hyperaware of my body. I think that was part of why I felt I could move in the way I did.”

Empowering. Because you’re able to control yourself in that way. That is the exact driving force for so many of us who’ve struggled with eating disorders.

This isn’t the first time Phoenix has described literal eating disorder symptoms as some kind of act of method acting. It’s been a huge part of his press cycle, possibly dulled a bit by the Todd Phillips of it all. In an interview with AP, he described his weight loss in a way that could have been copied and pasted from a pro-anorexia website.

“Once you reach the target weight, everything changes. Like so much of what’s difficult is waking up every day and being obsessed over like 0.3 pounds. Right? And you really develop like a disorder. I mean, it’s wild. But I think the interesting thing for me is what I had expected and anticipated with the weight loss was these feelings of dissatisfaction, hunger, a certain kind of vulnerability and a weakness. But what I didn’t anticipate was this feeling of kind of fluidity that I felt physically. I felt like I could move my body in ways that I hadn’t been able to before. And I think that really lent itself to some of the physical movement that started to emerge as an important part of the character.”

“You really develop like a disorder.” Yeah, no, we know, Joaquin. That’s what it is. That’s why they call it that.

Obsessing over minuscule amounts on the scale, the high of feeling different in your body and achieving your goal. When male actors do it, it’s for art. When the rest of us do it, it’s to slowly destroy ourselves as a way of existing in a world that wants us smaller.

Since I was a teenager, I felt like I had no control. Like I couldn’t do or say the right things, I wasn’t what I wanted to be, I couldn’t be correctly. But food? Food I could control. I could watch calories, I could deny myself. I could count on that ache inside me as a twisted hideous form of success. But mostly, I could make it disappear. It was like a super power. I could eat anything I wanted and with a swirl of a finger, like a grotesque magician, I could force it out of my body like it had never happened in the first place. And I would feel relieved. I would feel wonderful.

I would feel in control. Empowered even.

Here’s the fun thing about men in Hollywood: they get awards and praise for a thing women in Hollywood (and beyond) are forced to do just to have careers and a society-ordained sense of self-worth. We detox and diet and fast and we pretend it’s for “health” and we pretend that we’re not equating “health” and “thin” because that’s the real goal. Our worldwide obsession with weight is itself a global shared disorder that we’ve accepted as normal and part of life, and when it tucks into some of our brains, we cannot stop at “normal” and go even further into dangerous territory.

Maybe we’re more like the Joker than we thought. But no one’s making this movie. We’re not heroes and villains; we’re killing ourselves by choice because we’d rather be small than healthy. Where’s our standing ovation?

The Hollywood glorification of unhealthy body practices is so trope as to be laughable, but we’re not laughing. We have to stop celebrating people for damaging their bodies for some imagined cinematic excellence, a literal talking point to prove dedication to a craft, but beyond that, we should absolutely not celebrate the literal symptoms of the most fatal mental disorder in existence.

What Joaquin sees as empowering? The rest of us see as a tip sheet.

Woke culture might not be killing comedy, but eating disorders are killing us.

← Hey Funko, Why Haven't You Made Any Pop Dolls Of Female Directors? | Review: 'Varda by Agnès' is a Heartfelt Farewell from a Cinematic Icon →