After teasing the possibility of a third Bill & Ted movie for the better part of the last two decades, Keanu Reeves and Alex Winter have finally pulled it off. It’s no longer theoretical. It’s actually happening. There is a release date and everything (August 21, 2020, which is 9 months prior to “Keanu Day,” when Matrix 4 and John Wick 4 are scheduled to come out on the same day in May).

There’s also a lot of interesting details in how this came together, like the fact that Dean Parisot is the director, although he’s only directed four features in 20 years, and three were bombs (Red 2, Fun with Dick and Jane, Home Fries (Vince Gilligan’s screenwriting debut!)), and one was a cult movie, Galaxy Quest). My favorite detail, however, is that Bill & Ted Face the Music is being produced by Steven Soderbergh.

In any respect, the first images from the movie are out, via Entertainment Weekly, and I don’t know why Keanu decided to shave for the film, but it makes him look his age, which is fine, but bearded Keanu is timeless. 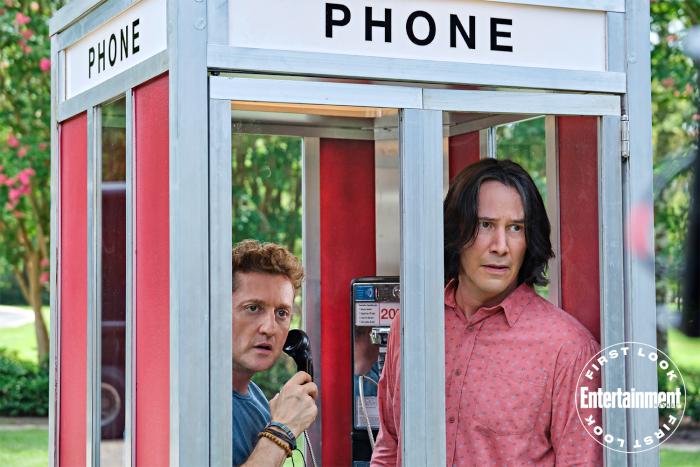 Keanu and Winter reprise their roles, while Samara Weaving (Ready or Not) and Brigette Lundy-Paine (Atypical) will play their daughters. Kid Cudi is in this, too, playing himself, while Kristen Schaal steps in, as well as William Sadler as Death. 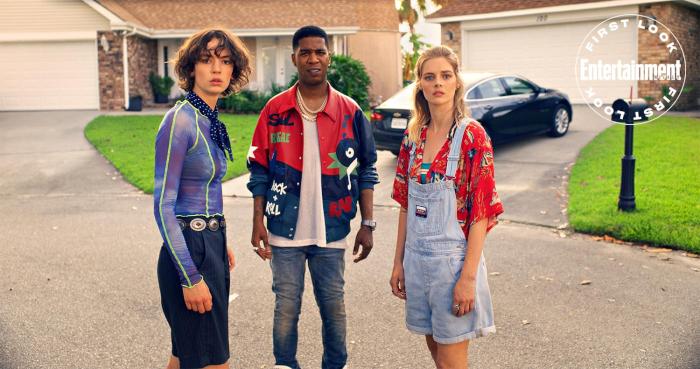 It totally figures, too, that based on the backdrop there, Bill and Ted traveled through time and still came back and got stuck spending their lives in suburban enclaves. Rock ‘n Roll can save the universe, man, but it can’t get you out of fucking San Dimas.

← Twitter Starts #AdsThatShouldBePulled As A Reaction To Hallmark Channel's Recent Faux Pas With Zola | What Are You Doing, 'Shameless'? →