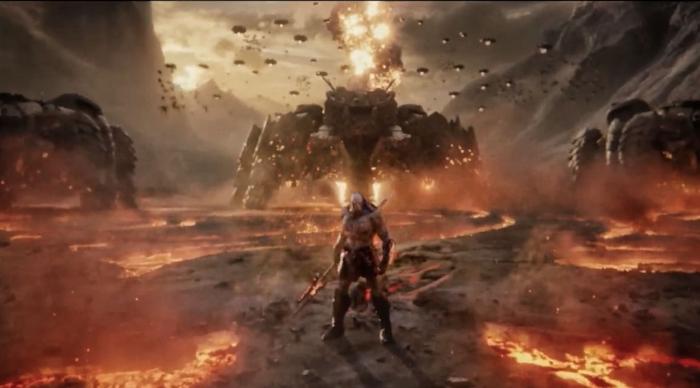 HBO Max is off and running but they want to remind everyone that they are the only streaming platform that will have the long-whined for Zack Snyder cut of 2017’s Justice League. Set to hit the platform in 2021, Snyder and his actors are adding new scenes and getting shots taken care of before releasing the possible four hour cut of the flick.

In anticipation, HBO Max released the following very short teaser that has Gal Gadot’s Diana Prince/Wonder Woman and a voiceover about a bell being rung and reference to a god.

The god in question is Darkseid and he is basically the DC equivalent to Thanos. Darkseid rules Apokolips and his ultimate goal is to destroy hope and free will in order to rule the universe. You may remember the dialogue in this teaser being uttered by Lex Luthor (Jesse Eisenberg) in Batman vs Superman: Dawn of Justice. It seems that Snyder did want to tie in the knowledge Luthor gained from the Kryptonian ship and provided in the previous flick to his version of Justice League in order to set-up a much bigger hero battle against Darkseid in future sequels.

How much of the new cut will play up Darkseid and how much will delve into the backgrounds of The Flash (Ezra Miller) and Cyborg (Ray Fisher)? I dunno, but this thing is going to be very long and you’ll probably need a yarn wall or a heavy DC Nerd PhD to get everything in one go.

← Twitter Reacts to Dominic Raab Thinking that Kneeling for Black Lives Matter is from 'Game of Thrones' | Review: 'Babyteeth' Goes For The Jugular →