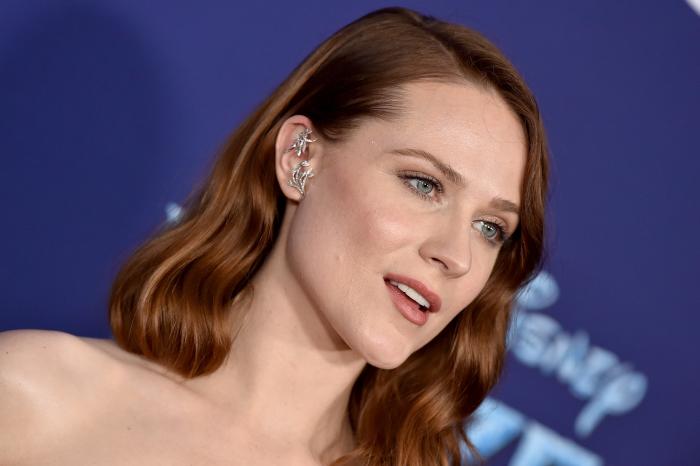 When it comes to onscreen representation for the LGBTQ community in Disney movies, it’s… well, it’s pretty bad. Ever since the 2013 premiere of Frozen, fans have hoped and pondered about whether Elsa was queer. But, Disney being Disney has never openly admitted to it (nor will they, so don’t hold your breath). But, fans wanting some LGBTQ representation in beloved and popular properties like this one have shown up to watch regardless.

Even though the Frozen sequel still gave fans bupkis in terms of LGBTQ representation (Disney won’t confirm OR deny whether Elsa is queer, but they sure as hell won’t SHOW us anything), that hasn’t stopped this topic from making headlines. In an interview with Variety, Frozen 2 star Evan Rachel Wood was asked whether Disney will ever feature a queer lead character and her response was underwhelming.

“I’m still not convinced that we haven’t already with Mulan and Hercules. Honestly, Mulan is still up for debate. I think there’s a little bi-energy going on there.”

Not sure what that has to do with Frozen 2 or LGBTQ representation now or in the future, but it seemed like a way to continue putting assumptions on Disney characters’ sexuality without ever blatantly confirming as such. That’s mostly because the studio is a coward and will let fans entertain the idea without ever actually going there, and it’s exhausting. It’s also disappointing because Evan Rachel Wood is bisexual. The first thing out of her mouth is saying she’s not convinced Mulan and Hercules aren’t queer? That’s just lazy and didn’t really answer the question more sincerely. She goes on to say that “it’s gotta happen one day” and that Disney is “missing a golden opportunity,” but it’s not enough.

No one wants Mulan’s bi-energy or anyone else’s for that matter if it means the studio will never commit to actually confirming it ONSCREEN where it matters. That’s like when J.K. Rowling casually brought up the fact that Albus Dumbledore was gay, though that fact was never brought up in the books where it counts. Or when Anthony and Joe Russo patted themselves on the back for including a gay character in Avengers: Endgame when it was all of one second. So, no, no one gets a cookie.

Frozen 2 is currently playing in theaters.

← Twitter Reacts to Jeremy Corbyn Revealing How the Tories Are Planning to Sell the NHS to Trump | This Week on Podjiba: 'Watchmen', 'The Good Place', and Format-Breaking Episodes! →