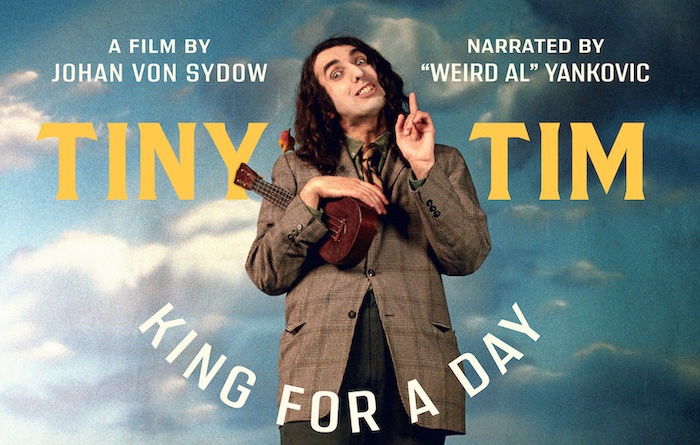 Five Things I Learned From 'Tiny Tim: King For A Day'

I’ve been called several things over these last few months that have made me very happy. Husband. New Father. Writer. However, they were all given stiff competition when my friend and Film Editor here at Pajiba, Kristy Puchko, referred to me as “Pajiba’s resident Tiny Tim expert.” I love Tiny Tim and have been fascinated by him and his career for years. Imagine my delight when I sat down to watch the new documentary Tiny Tim: King For A Day and found myself learning quite a bit!

First off, if you’re not familiar with Tiny Tim, buckle up! Born Herbert Butros Khaury, Tiny Tim was a singer and musician who rose to prominence in the 1960s due to his use of falsetto, ukulele, and his very public persona. He was a truly talented performer who took advantage of how people saw him and used it to great effect. “Freak” is a title that was thrown at him often and he reveled in it and felt molded by it. I’m also here to tell you that his cover of People Are Strange by The Doors is better than the original.

Tiny was also a complex human being who had his issues with fame and sex, and Tiny Tim: King For A Day covers his life incredibly well. In fact, if you are at all interested in watching the documentary, go do it now. I can wait. It is a wonderfully haunting look into an alluringly strange man and, if you can do it safely, you can see it in theaters starting April 23rd! Here’s the trailer:

While I won’t go into TOO much detail, it’s safe to say: **SPOILERS AHEAD.**

5. Tiny Tim Performed In A Freak Show In Times Square 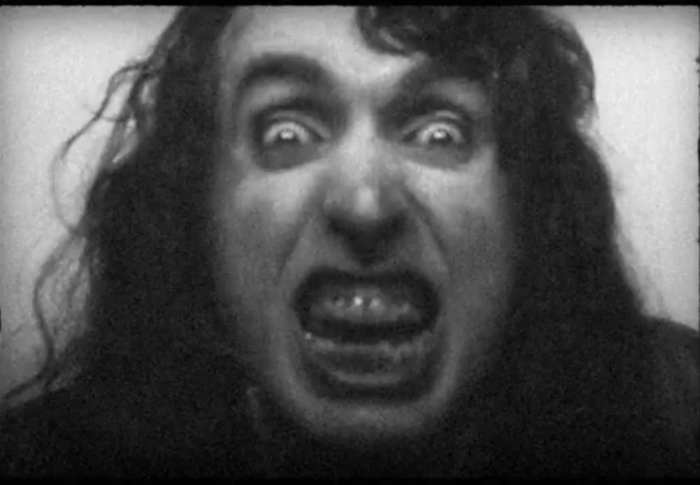 Tiny was certainly known in the smoke-filled clubs and coffee shops of 1960s New York City. I knew this well. What I didn’t know was that he started in a freak show in Times Square! He performed under the name Larry Love The Human Canary.

This new bit of information… makes a lot of sense. Though at the time, his look was more straight-laced. While performing at the freak show, he wore a suit topped with short hair. His signature long hair came later. It seems, based on journal entries (which are read by Weird Al, another favorite of mine) that the freak show is where Tiny began to embrace his position as an “other.”

4. Bob Dylan Wanted To Put Him In A Movie 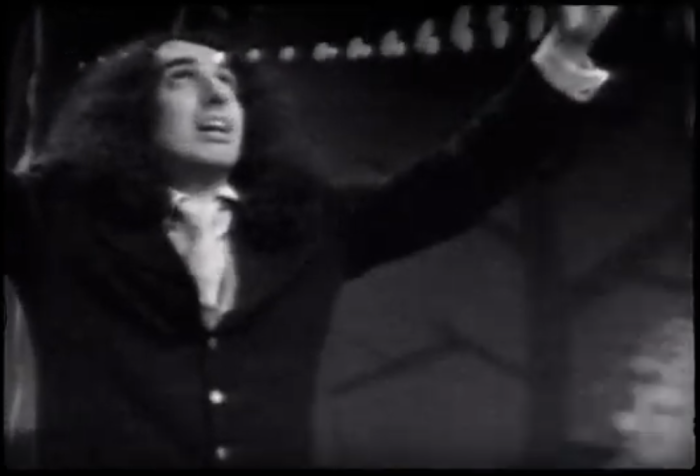 Over the years, Tiny Tim crossed paths with many famous performers. Johnny Carson, Frank Sinatra, even Bob Dylan! Tiny left such an impact on the famed singer that Dylan wanted to put him in a movie… As a Circus Ring Leader… I know!

Movies are hard to make. It’s amazing that any get made and even more amazing if they’re good. I can’t say for certain that Tiny Tim as a circus ring leader in a movie that I literally know NOTHING else about would be good. That said, I wish I lived in a world where it existed. 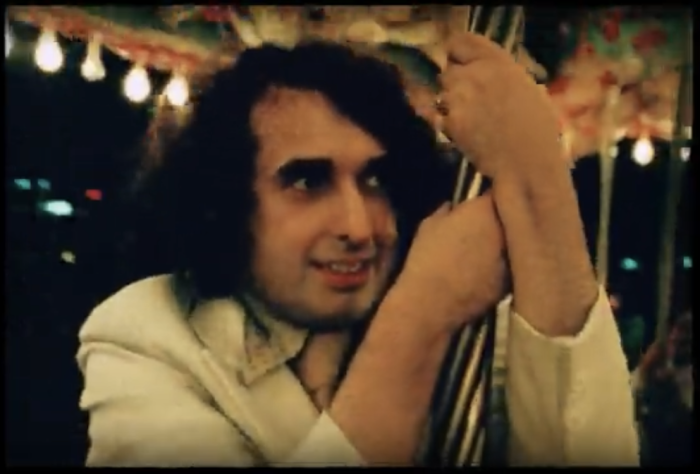 Leave it to Tiny Tim to earn his name the same way most supervillains have. The name that he would be most known by was created by a New York newspaper. Tiny was so in control of his persona that I was flabbergasted to learn that he didn’t invent his name. As if New York wasn’t already such an indelible part of his story, this makes it undeniable.

Many performers have cut their teeth in NYC. None of them were like Tiny Tim. He was one of a kind and this city knew that. 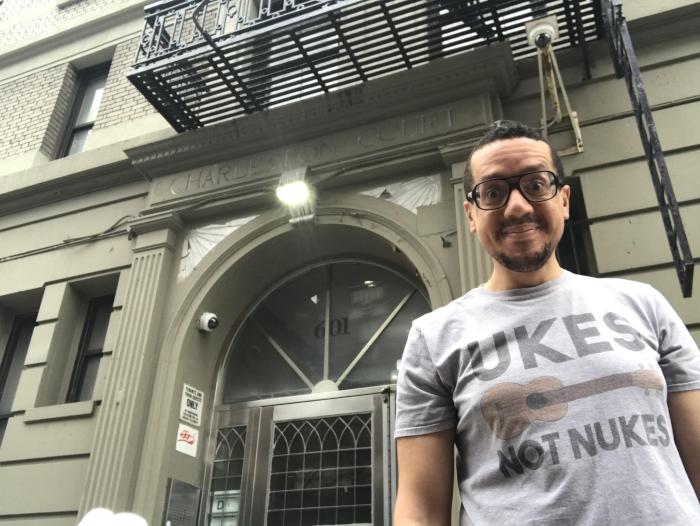 (I am fully vaccinated, waited until no one was near me and briefly removed my mask to take this picture.)

Y’all, I gasped. The documentary offers a specific address for where Tiny Tim once lived with his mother, and it was within walking distance. So, ya know, of course, I went there.

Being a new father of twin boys that need … attention, I don’t have a ton of free time. I hope that explains how important it was for me to visit where one of my favorite performers used to lay his ukulele. It made my week.

1. Tiny Tim Ended His Career Touring With A Circus 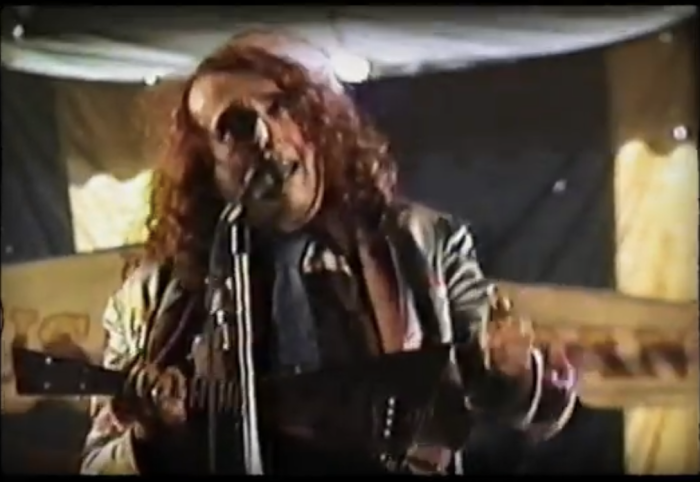 Tiny’s career came full circle in a depressing way. As he aged out of relevance, his opportunities to perform lessened. The man who once got married on the Tonight Show to an audience of 40-50 million people (seriously) was now back where he started. There was less wide recognition. The fame he was addicted to for most of his career had faded. It is truly sad to witness.

His circus tours were followed by a tragic, poetic event that I won’t spoil here. What I will say is that it was truly fitting for a man like Tiny Tim.

I enjoyed Tiny Tim: King For A Day immensely. I laughed. I cried. I learned! If you love Tiny Tim as I do, I bet you’ll enjoy it. If you don’t love Tiny Tim, if you don’t know him, allow yourself to be introduced to a truly once-in-a-lifetime performer.

Tiny Tim: King For A Day opens only in theaters on April 23.