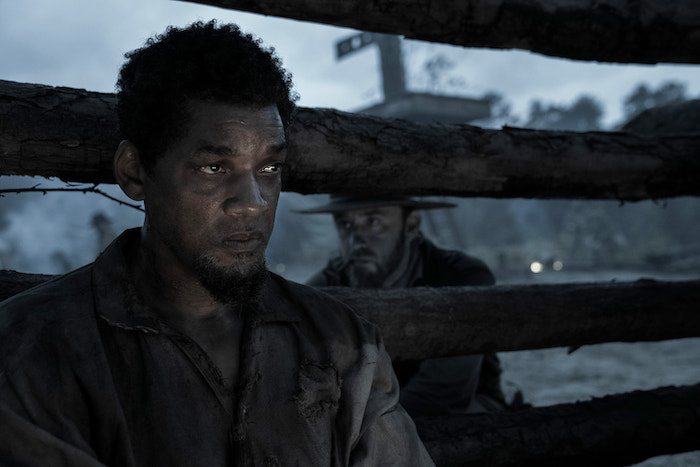 “Emancipation” Review: I Want Reparations For Slogging Through This

As a descendant of enslaved Black people, I still have yet to see a film set in slavery times that has convinced me that we, as a people, ever need any more stories of American slavery beyond Roots, Glory, and 12 Years A Slave. Yes, there was a record of lies and slander that needed correcting after decades of Hollywood erasure of past atrocities with the likes of Birth of a Nation, Gone with the Wind, and Song of the South, among so many others. But especially if it’s a really well-done, memorable once, these are lies that really only need to be corrected once—perhaps twice, to be absolutely certain. (If we really want to do another film about race relations in the US set in this time period, a case could be made for the value of making something set above the Mason-Dixon line at some point, because there are a lot of white people in Boston who still have a hard time comprehending that Boston is racist and always has been, but I digress.)

That said, I am always willing to be proven wrong. However, within five minutes of starting Emancipation, the annual awards-grabby slavery film since some higher power seems to think we need about one of those per year, I had the sinking suspicion that I was not about to be eating my words. A big-ticket item from Apple Original Films, starring Will Smith and directed by Antoine Fuqua, Emancipation is about as misguided as a film could possibly be.

Antoine Fuqua is a capable craftsman, but as a director, his strengths are in action and set pieces. He’s Training Day and Olympus Has Fallen and an ever-growing number of Equalizer movies that one imagines will continue to be made as long as they continue making money, ergo indefinitely. He likes sleek and shiny and long shots with lots of things going on. His strength is not in close-ups, character, or feelings. The requirements of the story being told here and Fuqua’s filmmaking sensibilities get along about as well as two trains on the same track heading in opposite directions. In other words, Emancipation is an absolute wreck of a film—12 Years a Slave told via the Marvel Cinematic Universe playbook. Who thought this was a good idea, and also why? (It’s especially painful to think that this ugly, cheap imitation of 12 Years a Slave, based on reported numbers, cost about five times as much to make.)

In really great movies, the visuals themselves convey the story. In good movies, the visuals do at least basic service to the story. And then, in bad movies, like Emancipation, various stylistic choices feel actively at odds with each other and the story they are attempting to tell—if not distasteful artifice, the choices being made here feel downright arbitrary. This film is at once overly stylized to the point of feeling artificial and an eyesore, an almost impressively unfortunate combination of things to be. It’s not fully black and white, just like 92% desaturated. Again, why? Because it’s the past? (That’s the best guess I’ve got.)

The script credited to William N. Collage is also, in a word, bad. There’s a scene where Peter battles an alligator and we’re supposed to believe that his wife, Dodienne (Charmaine Bingwa), through some sort of spiritual connection, senses the whole thing and suddenly wakes from her slumber with a panicked gasp. And for the third time I ask, why? What is this scene even supposed to do? Dodienne has approximately zero defining characteristics. It’s a cheap grab at mawkish sentimentality that reeks of desperation, as does this film on the whole.

There’s also a scene where Peter, who we are told was born into slavery and has spent his whole life enslaved, claims he’s from Haiti which, as much as this movie already felt 12 hours long instead of two, I rewound because I thought my ears had failed me. Because, as those who have studied history might recall, Haiti is distinctive for the Haitian Revolution, the only successful slave revolt of its kind, which was won in 1804. Emancipation takes place in 1863. Based on the research spiral I did that led me to Will Smith’s TikTok, they were aware of this, and the idea is that the family that enslaved Peter’s fled Haiti before the revolution. So either a man over 60 years of age is fighting off alligators or this movie is just casually taking place in an alternate universe where the Haitian Revolution happened a few decades later. I don’t even have words here, just pure bafflement.

Emancipation is a film that’s answering a call that has already been answered elsewhere far more eloquently, but just the right combination of arrogant and ignorant to have absolutely no sense of what a pale imitation it is. It is now well established in the cinematic record that slavery violated just about every human right there is and that there was never any such thing as a “good master.” You don’t get some sort of karmic gold star per brutal whipping scene. Just because something is unpleasant to watch does not mean it’s art, or meaningful in any way. It just means it’s unpleasant. For its sins, it’s not nearly as egregious as the genuinely offensive garbage that was Antebellum, but that’s still a far cry from “good” or even “fine.”

Emancipation is now streaming on Apple TV+, should you still feel inclined to watch it for some unfathomable reason.

← 'Harry and Meghan' and the Manufactured Outrage Over the Meghan Curtsy | 5 Shows After Dark: 'Kindred' Premiere Hulu, 'Pelosi in the House' on HBO →