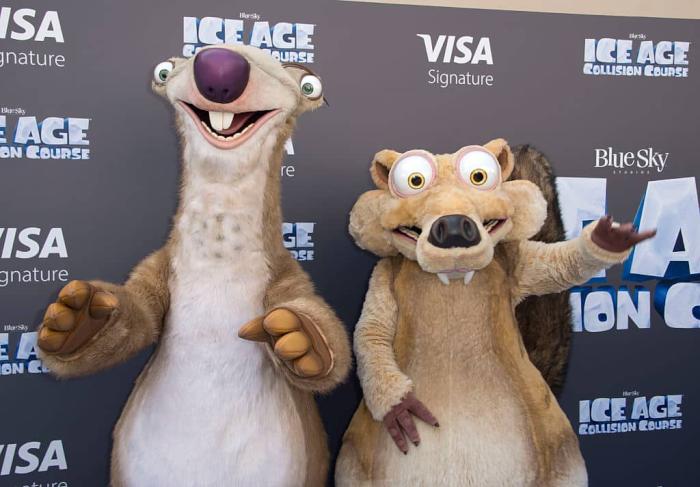 Today in ‘media monopolies are bad, actually’, Disney is shuttering the animation studio Blue Sky, a company it acquired as part of its $71 billion purchase of Fox. Blue Sky, best known for the Ice Age franchise, was founded in 1987 and worked on visual effects and commercials for many years before branching into feature animation. In 2002, Ice Age became a surprise hit and grossed $383 million worldwide. It even outgrossed Disney’s big animated movie that year, Lilo and Stitch. Released under the 20th Century Fox banner, Blue Sky’s films made close to $6 billion worldwide over two decades and offered a new voice at the increasingly shrinking table of major American animation.

Sadly, once Disney acquired Fox, it seemed inevitable that Blue Sky would face the chopping block. Why produce more animated films that would provide unnecessary competition to their beloved IPs? As reported by Deadline, the last day for Blue Sky will be in April. It is estimated that around 450 employees will lose their jobs as a result. Disney does, however, plan to keep a tight grip on those Blue Sky properties. A TV series based on Ice Age is in the works for Disney+. It’s unknown if those Blue Sky employees who made the franchise what it is will be involved.

This also means that Blue Sky films currently in production have been halted. The biggest casualty of this closure is Nimona, the long-awaited and oft-delayed adaptation of Noelle Stevenson’s graphic novel. Directed by Patrick Osborne, Nimona was set for a January 2022 release and still had ten months of production to go. That film is now dead.

When the initial Disney-Fox merger was announced, the inevitable layoffs and downsizing were frequent topics of concern. Since the deal was signed, thousands of people have lost their jobs (not including the many others impacted by the COVID-19 pandemic.) Various productions and planned projects were canceled. Overall, it’s become clear that Disney doesn’t seem all that concerned with prioritizing the Fox catalog and its creative potential unless it can be mined for nostalgia or folded into their pre-existing mold. Regardless of your personal animation tastes or whether or not you liked Blue Sky’s movies, it’s an undeniable loss to see yet another company swallowed up by corporate greed and monopolizing. A lot of stories won’t be told because they don’t fit the brand synergy of the House of Mouse, including the delightful works of Noelle Stevenson. Think about what this will lead to for other Fox works acquired by Disney.

But oh, you know, the Fantastic Four are finally in the MCU so it’s all OK, right?