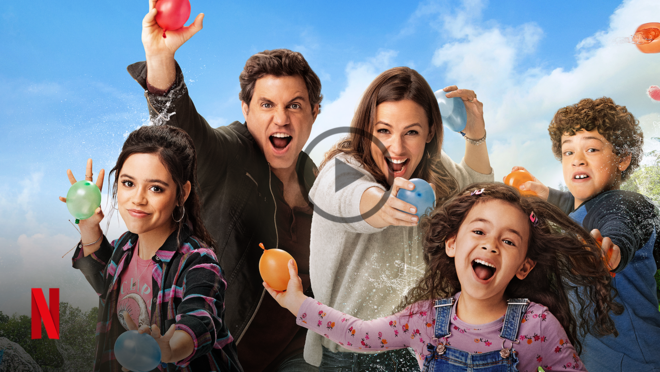 Trailer Round-Up: Looking Toward Valentine's Day Viewing and BEYOND!

Months ahead of their wedding, a New Zealand couple decides to give an open relationship a go. But more than that, they decided to make a documentary about it. Here it is just in time for Valentine’s Day.

RUTH: Justice Ginsburg In Her Own Words: Premiering in virtual cinemas on February 12, on Starz on March 1, and on TVOD March 9.

Young Hearts: Coming to select theaters and VOD on February 12.

Shook: Premieres on Shudder on February 18.

Social media can be a hellscape. In this upcoming thriller that’s no metaphor as an influencer and her friends become the target of a mysterious murderer. Daisye Tutor, Emily Goss, Nicola Posener, Octavius J. Johnson, Stephanie Simbari, and Grant Rosenmeyer star.

Nomadland: Coming to theaters and Hulu on February 19.

Since its fall festival debuts, we’ve been singing the praises of Chloé Zhao’s ode to the modern American nomad culture. You can read Ciara’s beautiful review here. And you can see mine pull-quoted in the Frances McDormand-fronted film’s latest trailer.

Jumbo: Coming to theaters on February 19, hitting On Demand on March 16.

Zoé Wittock directs an unusual romance between a girl (Portrait of a Lady on Fire’s Noémie Merlant) and an amusement part ride.

Crisis: Coming to theaters on February 26 and On Demand and digital on March 5.

Armie Hammer and Gary Oldman headline this thriller, which might mark the last chance you’ll have to see Hammer in a new movie for a while.

Jennifer Garner and Édgar Ramírez front this cutesey comedy from Miguel Arteta, which follows a family that gives control over to the kids for a day.

Happily: Coming to theaters, On Demand, and digital on March 19.

Joel McHale and Kerry Bishé are such a happy, lusty couple that they’re the envy of their friends. However, the visit from an unexpected guest throws marital bliss out the window. Stephen Root, Paul Scheer, Breckin Meyer, Natalie Zea, and Natalie Morales co-star.

Phobias Coming to theaters, On Demand, and digital on March 19.

Which movies are you most looking forward to?