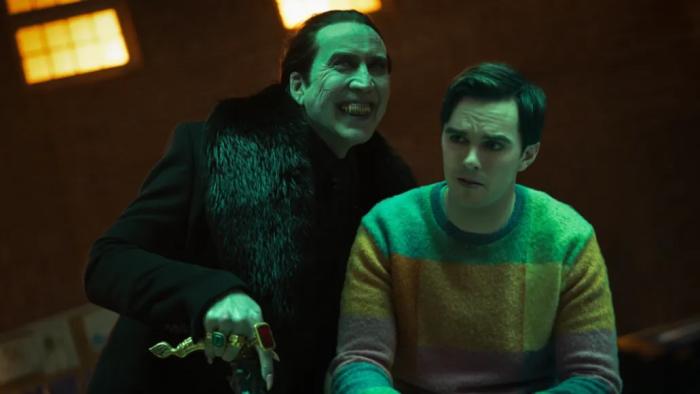 Dead Bosses and Dead Moms: Trailers for 'Renfield' and 'Jung_E'

I’ve got 2 new trailers for you, alike in no way except both look like a lot of fun. Top billing goes to Renfield, an updated Dracula tale focused on his deranged manservant and set in the modern era. It’s got a lot going for it. It’s directed by Chris McKay, of Robot Chicken, The Lego Batman Movie, and… The Tomorrow War. Well, 2 out of 3 ain’t bad. It’s written by Robert Kirkman, creator of The Walking Dead and Invincible, and Rick & Morty writer Ryan Ridley. And the cast? Ben Schwartz. Shohreh Aghdashloo. Awkwafina. Nicholas Hoult as Renfield. And none other than Nicolas Cage as Dracula, a role he was born to play.

It looks goofy in the best possible way. And I didn’t realize how much Nicolas Cage looks like Christopher Lee until that last scene, which looks like a cut from Horror of Dracula. Renfield is in theaters April 19.

Second on the list is Jung_E, a Korean action sci-fi film from writer\director Sang-ho Yeon. Yeon brought us Train to Busan and its sequel Peninsula, as well as Psychokinesis and Hellbound. Humans have fled a ruined 22nd century Earth for new homes aboard massive space stations. Facing civil war, a scientist decides to use her dead mother’s brain as an android army’s operating system. Things do not go to plan.