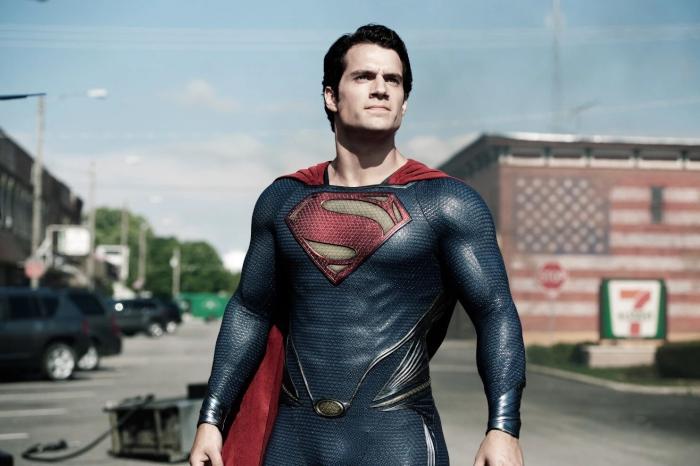 DCEU Fans Need to Calm the Hell Down

Disclaimer: I love DC Comics. I grew up with DC Comics. Many of those characters hold a special place in my heart. However, I definitely don’t love every DC movie, and boy, aren’t DCEU hardcore “fans” — more like disgruntled, entitled, overgrown brats — eye-roll material?

Henry Cavill, who made his debut as Clark Kent / Superman in Zack Snyder’s Man of Steel, was recently fired from the role after briefly reprising it in this year’s Black Adam. After the announcement, all hell broke loose on social media; the reactions from the residents of the bird app and co. would’ve been uproariously funny if they weren’t so bloody exhausting.

This isn’t new. This is the same fandom that spent years tweeting the Justice League Snydercut pipe dream into reality, harassing anyone who spoke ill of Snyder’s vision and questioned the necessity (and most dubious existence) of the Snydercut into oblivion. Without the 2017 Justice League mess, we would have none of the current pandemonia. When Joss Whedon replaced Snyder in the director’s chair, a strange, feverish cult developed around the latter and his work with WB/DC. Suddenly, his every creative choice was pure gold in the minds of those who caught the fever. The Snyderverse became the end-all-be-all and any attempt to do any kind of soft reboot was met with cries of disappointment and anger and now a full-blown temper tantrum in light of what looks like a serious universe overhaul by the new leadership at the studio. Zack Snyder’s Justice League is the Pinocchio of the DCEU, and when it became a real boy, it emboldened the stans to ask for an “Ayer Cut,” to have Snyder back steering the ship, to fire whoever was disliked one particular afternoon, to have the old actors of the DC Trinity back … very persistently, and so vocally you’d think they possessed a Canary Cry.

It doesn’t matter what the reviews said (because critics are paid by Marvel, duh!). It doesn’t matter that the same DC fans giddily shared memes of Cavill having only one facial expression in Man of Steel. From the strength of their reactions, you might as well believe Cavill is the victim of the most lamentable tragedy known to man at the hands of a cold-hearted villain. Today, that villain is writer/director and recently appointed head of DC Films James Gunn. The hashtag #FireJamesGunn has been trending on Twitter for five days. It’s not surprising he’s the one who’s getting all the smoke, being the most recognizable figure entangled in the controversy at the moment. WB/DC co-head Peter Safran doesn’t get mentioned in the conversation. At all.

The DCEU devotees have absorbed that one characteristic of comic bookdom that many of them would hate to claim: The ultimate attachment to melodrama. This is why Gunn is the villain, Cavill (and the Snyderverse in general) is the (wo)man in the refrigerator, and now the stans are the heroes who are throwing their hands up in the air. They got such a high from getting their way with the Snydercut that it’s hard to handle not getting everything they want, when they want it, and how they want it.

This is not about passion for a character, a portrayal, a creative vision, or a shared universe. This is messier than that. This is taking the bare facts of the history of a troubled franchise and twisting them, hoping ten kg will fit into a 5kg bag. This is having knowledge of how nerd media (retcons! retcons! retcons!) works, and throwing it out of the window. That’s stan culture in general: They will never be happy, they will always find one person to blame very publicly for a wider issue, they will hone in on every “heretic” like a guided missile, they will always find something to whine about (I mean, remember when they created a whitehouse.org petition to remove Ben Affleck and Jesse Eisenberg from BvS? At least that was funny in its brazen silliness), and common sense will never enter the chat.

Movies need to make money to make the studio people happy. The movies from the visionary that you love, starring the Superman that you love, didn’t make enough money. Batman v Superman underperformed. The critical reception for these movies was so negative WB/DC hired Whedon to execute a tonal shift long before they decided to hand him the director’s chair for “Josstice League”, as we call it. That one flopped, too. Black Adam brought hope with that Superman cameo, but it lost the studio money.

Did anyone honestly believe they were going to get “more of this!” after each of these successive flops? You can be vocal online, but if the attendance is lacking, no studio will keep going in a failing direction if you don’t buy the tickets and sit your ass down at the movie theater. “Too big to fail” does not apply when the failures stack up like that. Also, among the stans, there were people who actively boycotted Birds of Prey because it starred women, because “let’s just have a Harley devoted to the Joker”/”Too much Harley,” or because “woke culture” (so, it’s woke culture to have multiple women leading a movie? Uh?”). You can’t boycott movies and then whine about likely reboots.

I don’t have a lot of love for James Gunn, but this is not his fault. He’s not the only one who’s making the decisions. He’s not the only one behind the drawing board. He’s not the villain here. He’s a businessman and creative who’s working on a franchise that stood without sturdy foundations for too long. This is business. The decisions that are being made are the direct consequence of a decade of online mockery; the shadow of critically panned beginnings overshadowing the newer, better entries; a standom linked with toxicity; financial losses; multiple leadership changes in a short time and multiple controversies (Walter Hamada/Geoff Johns vs Ray Fisher, Snyder’s departure, Joss Whedon’s workplace abuse, Ezra Miller, shelved/canceled films, etc).

Movies based on DC characters are going to come out. Hopefully, they’ll be good. Hopefully, they will do well at the box office. The great thing about these movies is getting to see our beloved characters on the big screen. It’s not about a shared universe, it’s not about who’s wearing which cape. Hollywood’s gonna Hollywood, therefore there will be reboots, retcons, anything, and everything. That’s been the way since the beginning. Time passes and trends come and go. Let’s just enjoy the ride. If it’s good, awesome. If it’s not, well, from one DC enthusiast to others, it’s time to say it: DCEU fans, calm your tits. Please.


← Awful Human Thinks 'Yellowstone' 'Has Gone Woke, and Gay' | The Saga of Elon Musk and Twitter Hilariously Summed up →