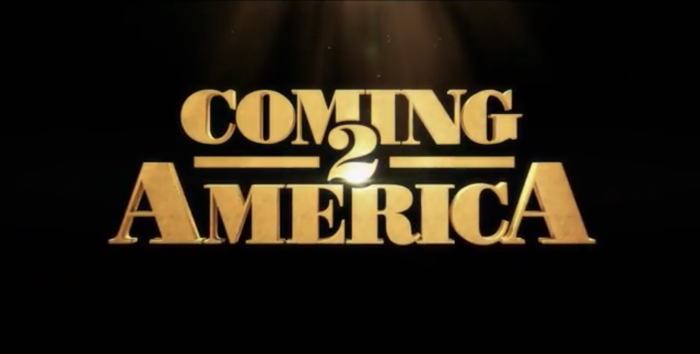 ‘Coming 2 America’ Trailer Brings Back All Your Old Favorites (And Some New Ones!)

Coming to America was a staple film in my family’s household growing up. We watched it, together, constantly. A day would rarely go by where we didn’t make jokes about Soul Glow or shout “Sexual Chocolate” at each other. It instilled in me a deep love of Eddie Murphy and silly, over the top comedy. To put it mildly, I was very excited when news of the sequel first broke, and after seeing the trailer… I’m still pretty damn excited!

While not particularly long, the trailer gives us insight into the plot. Akeem (Eddie Murphy), now king of Zamunda, must have a male heir to pass his throne along to. So (and I’m going entirely off of the trailer here) he returns to America to find that heir. Then we get a fun scene in our favorite barbershop (which I’ll get to in a sec).

Another highlight of the trailer is the STACKED cast! First, we have returning cast members Murphy, Arsenio Hall, Shari Headley, and James Earl Jones (also John Amos and Louie Anderson but they weren’t in the trailer). Joining the returning cast is Leslie Jones, Jermaine Fowler, Tracy Morgan, Kiki Layne, and Wesley Snipes! Snipes is playing an African warlord and looks like he might be a scene-stealer.

As for the barbershop, I was wondering initially, how do you do a Coming To America sequel when the original is… not entirely politically correct? Do they take the route Borat took and have the material change with the times? Well, we get kind of an answer in a hilarious exchange in the barbershop from the first film. Writing out the joke would not do it justice, but it’s pretty clear they will be addressing how times have changed, even if in a playful manner.

While I would have loved to see this movie on the big screen, I’ll be happy to watch it at home, with family, come March. It looks just as silly and fun as the last one with the added bonus being that John Landis will have nothing to do with it! 2021 is looking better already!