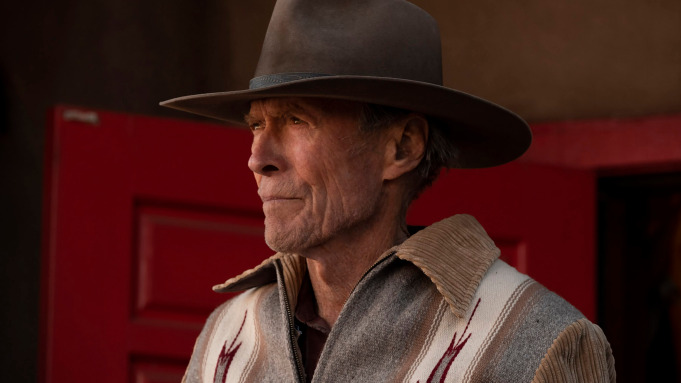 You can say a lot about Clint Eastwood — and I’m not much of a fan — but I have to give it up to a guy who can direct and star in a film in his 90s. Cry Macho — an adaptation of the 1975 novel of the same name by N. Richard Nash — is not so much a departure for Eastwood (it’s The Mule crossed with Grand Torino, and comes from co-writer Nick Schenk, who penned both of those films), but it does see the actor/director embrace while also gently subverting some of his old tropes. As in, “Hey! I’m still a crusty old coot. Don’t be like me!”

The recipient of that message is a kid named Rafo (Eduardo Minett), a family friend whom Eastwood’s character is tasked with transporting from Mexico. Along the way, Eastwood’s character — a former rodeo star and washed-up breeder — bonds with Rafo and tries to redeem himself while warning Rafo about the dangers of toxic masculinity.

Interestingly, Eastwood first came to the role in 1988 but pulled out to do another Dirty Harry film. In the intervening years, Roy Scheider, Burt Lancaster, and Arnold Schwarzenegger, among others, had been attached to the role before it circled back to Clint over 30 years later. (Arnie pulled out twice, once because he was running for governor, and again after his affair with his housekeeper scandal).


← Everything Has Gone to Hell Again | Amber Ruffin Created A New Olympic Sport, And It's The Best One →