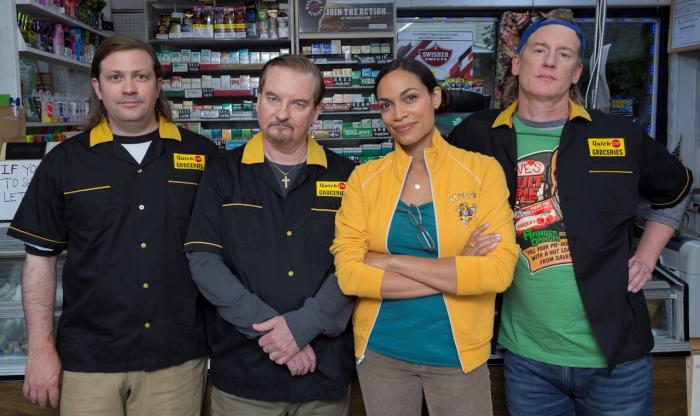 Clerks III, like The Jay and Silent Bob Reboot, is basically another mash-up of the Kevin Smith universe, a big crowd-pleasing, sloppy wet kiss to all the inside jokes and cameos that Kevin Smith has ever been a part of, plus his heart attack. Also, Ben Affleck makes a cameo.

Basically, for Gen Xers, it’s the kind of movie that will hit us squarely in the feels even though we should know better. It’s like a movie Dad joke: We groan because we love. Actually, it’s not even a Dad joke: It’s a callback to a 30-year-old Dad joke.