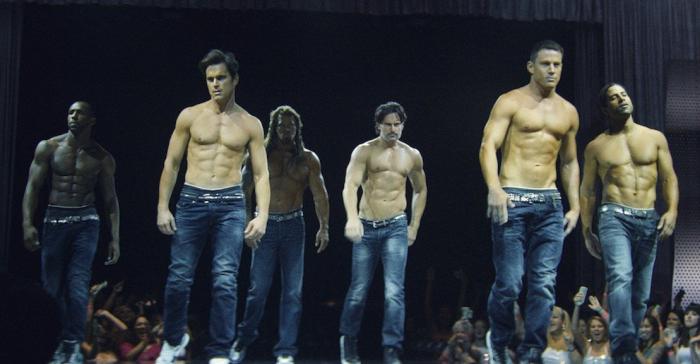 Earlier this afternoon, Channing Tatum decided to bless the Internet with some wonderful news. No, he wasn’t giving away tickets to Spider-Man: No Way Home to the fans out there who couldn’t get them this morning due to every ticketing app giving users their own version of the Twitter Fail Whale. He actually announced that he was working once again with director Steven Soderbergh and writer Reid Carolin to make another sequel to Magic Mike.

Though if you ask other staff members here at Pajiba, they would gladly say that this sequel should not be called Magic Mike’s Last Dance, but should follow in the footsteps of Magic Mike XXL and go with Magic Mike XXXL or Magic Mike 3D.

Warner Bros. is planning the next installment in the franchise, Magic Mike’s Last Dance, with Tatum set to return as Mike Lane, Soderbergh directing and Carolin writing the script to the sequel, which will premiere exclusively on HBO Max. Gregory Jacobs, who directed the 2015 hit Magic Mike XXL, returns to produce along with Carolin, Nick Wechsler and Peter Kiernan.

“Is there anybody on screen more charismatic and appealing than Magic Mike?” said Toby Emmerich, Chairman of Warner Bros. Pictures Group. “We’re thrilled to be back in business with Channing, Steven and their creative team to bring back Magic Mike’s wonderful combination of dance, drama, romance and humor.”

To say that this news made a lot of people very happy on social media would be quite the understatement.

Especially after watching the glorious masterpiece that is Magic Mike XXL. Look, Magic Mike wasn’t a bad film, it was definitely one of Soderbergh’s best. But it was also aiming to be more like the character dramas of the Seventies (which was evident just from its use of the classic Warner Bros. logo when the film begins), which made its vibe a little more serious, and gave its viewers a lot less reason to enjoy what the strippers male entertainers were doing onscreen, and then spray themselves down like Blanche Devereaux after having such a fun time.

But Magic Mike XXL decided to turn it all the way Up To Eleven, and give fans more of what they wanted and what they didn’t even know they wanted.

You want Alex Pettyfer gone, so we never have to deal with him or his character’s bullshit again? Done.

You want to see Channing Tatum as Mike realizing how much he loves and misses dancing while working, and then just start busting a move while “Pony” by Ginuwine plays in the background? Done.

Joe Manganiello as “Big Dick” Richie dancing seductively at a gas station to “I Want It That Way” and using a water bottle for his money shot? Ask and ye shall receive. (Honestly, the best part of that entire scene was when the gas station employee actually smiled at the end of Big Dick’s dance number, followed by Mike and his friends cheering outside in celebration)

Jada Pinkett Smith as a Boss-Ass Bitch who runs her own house where women can come to have the sexiest of male entertainers sing and dance for them, and make them feel like queens in every way imaginable? Yes, please. 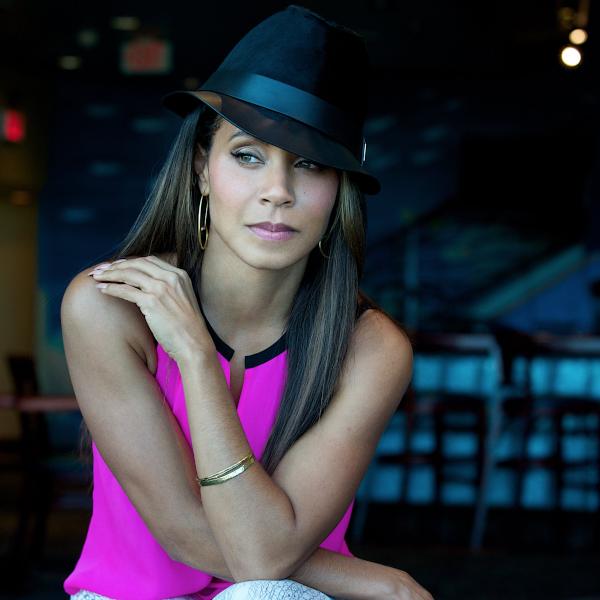 Mike and his friends meeting up with a group of older women who love to drink wine and talk about how the men in their lives are such utter disappointments, and then doing everything possible to lift their spirits and put some smiles on their faces? Including Matt Bomer singing “Heaven” by Bryan Adams for that woman whose f-ckboy of a husband never has sex with the lights on?

Mike and his friends working together, supporting each other, and having each other’s backs as they strive to put on the best damn show possible at the Myrtle Beach stripper convention? Dom Toretto and his friends aren’t the only ones who know the meaning and importance of ‘family,’ and this just proves it.

Most importantly…Magic Mike XXL and its characters treating women of all colors, backgrounds, and sizes with the respect they deserve, and not making them the butt of the joke, which was one of the problems that Magic Mike had in showing Tarzan nearly throw his back out because he was dancing with a plus-size woman?

As if this news of Magic Mike’s Last Dance wasn’t enough, fans also have more goodness to look forward to. Magic Mike Live will be launching a nationwide tour next year starting in Nashville, right after the HBO Max debut of the reality competition series Finding Magic Mike.

Ten regular guys who have “lost their magic” are put through the paces of a Magic Mike Live bootcamp, baring their souls - and more - as they learn to perform sexy and daring dance routines with one being crowned the real Magic Mike. The winner will pocket a cash prize.

It’s going to be some time before Magic Mike’s Last Dance premieres on HBO Max, and though it seems like an impossible task for it to surpass the greatness of Magic Mike XXL, here’s hoping that it gives us more of what we want and what we didn’t even know we wanted.

Give us Mike and his friends actually being friends who like and love each other, and showing us all that masculinity doesn’t have to be toxic; Mike and his friends being shirtless and doing dance routines that are awesome and sexy as hell and make us want to break out the church fans to cool ourselves down; More of Jada Pinkett Smith being a Boss-Ass Bitch who takes no sh-t and who gets sh-t done (Bonus points if she’s reunited with Elizabeth Banks, and if this sequel finally leads to the much-needed spinoff film/limited series that focuses on Rome and how she runs things over at Domina); Ken Doll and Andre (Donald Glover’s character) actually hooking up, because the two of them in their brief scenes together had so much chemistry that was more believable than anything I would’ve seen between him and Phoebe Waller-Bridge in their Mr. and Mrs. Smith series on Amazon Prime Video; More new characters who would gladly make us give them permission to step all over us (Kofi Siriboe? Trevante Rhodes? Hannah Waddingham as another Boss-Ass Bitch who Mike and his friends cross paths with? The list of potential Pajiba Ten candidates who could and should join this cast is endless), especially since Joe Manganiello has said that he has no interest in coming back for a third Magic Mike film; Bring back Andie MacDowell as Nancy, a.k.a. the nice, beautiful lady who turned out to be Big Dick’s “glass slipper” and all of her wine-drinking friends.

Give us a Magic Mike sequel that is unapologetic about embracing the female gaze, and doing everything possible to satisfy and entertain both the women in the film, and the women at home or in a movie theater watching the film.

As much as I appreciate that this sequel is being made for HBO Max, it also deserves to be seen in movie theaters where fully-vaccinated audiences can hoot and holler and cheer and even throw out some dollar bills at what’s happening onscreen. (If ever there was a reason for the beloved podcast Thirst Aid Kit to make a comeback so that hosts Bim Adewunmi and Nichole Perkins can organize another Thirsty Movie Night for their fans, a.k.a. Thirstbuckets, to watch Magic Mike’s Last Dance, and so they can bless our lives with their thirst once more, this is most definitely it)

Now to end this article with the smooth, family-friendly sounds of Donna Meagle’s cousin, Ginuwine, singing “Pony.” If you should end up getting a muscle cramp, or needing to go to the hospital due to your failed attempts to dance like Magic Mike while listening to this, it is not our fault.


← 'Succession' Episode 7 Recap: "I Think the Party's Over, Yeah?" | Chris Cuomo Used Sources To Get Dirt on Brother's Accusers →