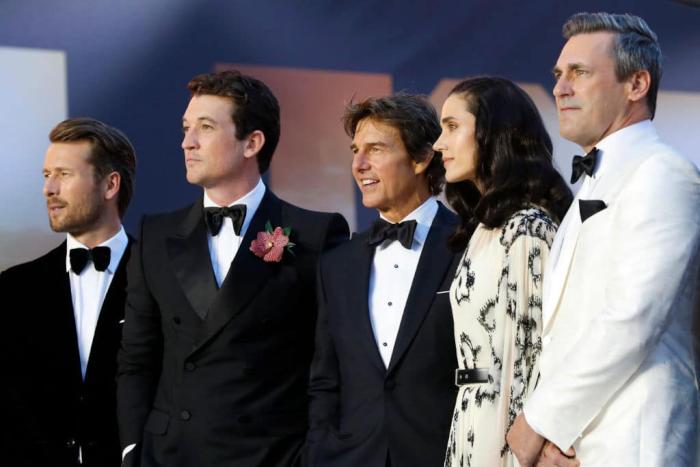 Tom Cruise is back. If you’ve ever doubted his star power after years of Xenu issues then look no further than this weekend’s box office. Sure, Top Gun is a known entity but it wasn’t guaranteed that a sequel to it released 36 years later would entice audiences. It did so in a massive way. Top Gun: Maverick flew to the top of the domestic box office with a staggering $124 million from 4,735 theaters. That’s a huge release, even by modern blockbuster standards. It was helped along by stellar reviews, with many calling it a far better film than its predecessor. I think that combination of Cruise, perhaps our last movie-star, the Top Gun name, and those astounding non-CGI flying scenes proved to be pure theatrical catnip for many who have so far avoided cinemas in 2022.

It’s a movie that begs for the biggest screen possible. My parents, who never go to the cinema, saw it on opening weekend. That’s nothing to sneeze at. It’s already made about $260.5 million worldwide, and that’s without a Chinese release date. Expect it to do gangbusters there, as Cruise’s Mission: Impossible films make nine-figures there easily. Cruise is still a star. Well, with the right movie. We didn’t want to see him in The Mummy or Rock of Ages — remember that one? — but viewers definitely want to see him constantly commit acts of near-death drama.

Opening at number three is The Bob’s Burgers Movie with $12.6 million from 3,425 theaters. All things considered, that’s not too shabby. Disney/20th Century didn’t do the film any favors opening it against one of the biggest blockbusters of the year. I feel like they’re just waiting to get it onto Disney+ as quickly as possible. But great reviews and a dedicated fandom got it sold decent grosses. The Belchers remain our most iconic underdogs. Get me a Good Manchego is Hard to Find burger stat!

For those who need a pick-me-up: Fantastic Beasts: The Secrets of Dumbledore has, domestically, earned about half the money that Sonic the Hedgehog 2 has. J.K. Rowling is currently slandering trans women for having ‘luxury identities’ (fuck that) so let her latest hack-work flop harder.

This coming week is a quiet one, with releases for the thriller Watcher, the biographical drama Benediction, and the return of Cronenberg’s body horror madness, Crimes of the Future.


← Review: 'The Bob's Burgers Movie' is a Feature Length Episode in the Best Possible Way | 'Top Gun: Maverick' Is an Intense, Fast-Paced, Heady Bit of Craziness →