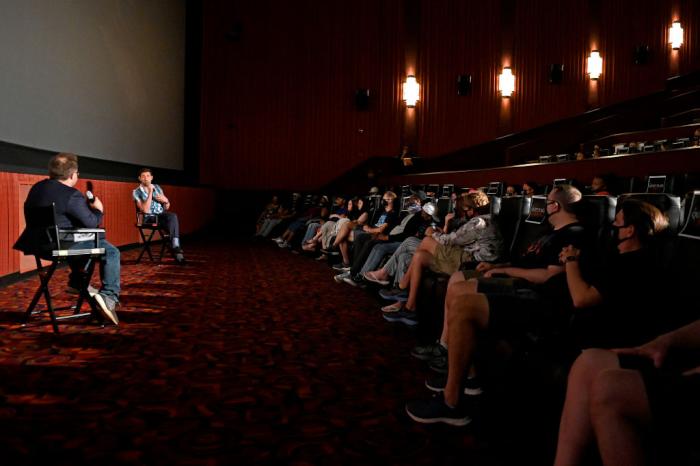 It’s almost June — insert obligatory panic about how the unnecessarily speedy passage of time is an absolute d**k — which would usually mean that we’re in the throes of the Summer box office season. This is the most hallowed part of the movie release calendar, the handful of months wherein the major studios double down on high-concept blockbusters with massive family appeal.

This business model is decades old — thanks, Spielberg and Lucas — but over the past few years, things have changed. Disney, but mostly Marvel Studios, have helped to expand the ‘Summer’ box office season into mid-April, with many studios following suit. It’s not always a safe gamble. Indeed, as with many things in Hollywood, Disney seems to be the exception to the rule, even the ones it’s helped to rewrite. For example, just because Black Panther broke records with a Febuary release date, that doesn’t mean that any other studio can hope to pull in similar numbers. They stick to Summer and Christmas. Of course, things are different now. Even as the industry tries to scrape back a semblance of normalcy and theaters reopen, don’t expect the blockbusters to pull in those eye-watering numbers. Many people are still staying at home and streaming releases provide a good reason to do so. Will people leave their houses to see a movie? Sure. I’m far too eager to finally return to the cinema — two more days! But for those families who have Disney+ and HBO Max or don’t mind waiting the 45 days for Paramount+ to drop their big releases on streaming, why not save their pennies?

This ramble is brought to you by the fact that, once again, it was a quiet week at the box office and I have to write something, OK?!

Anyhoo, Spiral stayed on top with a $4.55 million weekend gross, which gives you an idea of how quiet things really were. The highest-grossing ‘new’ release of the week, landing at number eight, was Scoob!, which only debuted last year and is on HBO Max. I suppose Warner Bros. needed to release something? Or there was a contractual obligation? It brought in $850,000 from 2,500 theaters, so that’s not exactly good news. It’s not surprising, though, given that Scoob! was terribly reviewed.

One spot below that at number nine is Dream Horse, the inspirational drama inspired by a true story and a real horse, which made $844,279. With limited releases: The documentary Final Account, about the last living generation of regular German citizens to live through (and be part of ) the Third Reich, made $150,000 from 308 theaters; the Mexican dystopian thriller New Order grossed $130,000 from 236 theaters; and the Australian crime drama The Dry brought in $129,000 from 186 theaters.