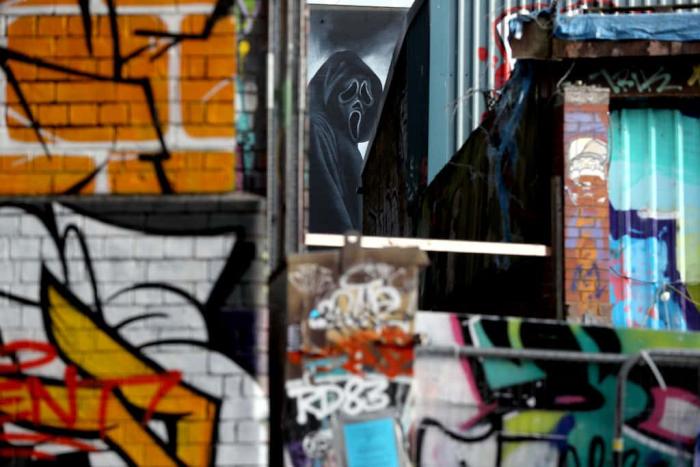 Box Office Report: I Scream, You Scream, We All Scream for the 'Scream' Franchise

After a full month atop the charts and breaking a few records on its way, the undisputed champion of 2021 finally met its match this past weekend at the box office. Spider-Man: No Way Home was the only release of last year to crack a billion dollars and is oh-so-close to a $700 million domestic run. For now, however, it’s playing second fiddle to Scream, the latest addition to one of horror cinema’s most beloved franchises. Twenty-six years after the late great Wes Craven’s slasher satire became a surprise hit, the series is continuing to delight fans of the genre while commenting on its evolution.

Scream grossed $30.6 million from 3,664 theaters, and it only cost about $25 million so that’s safe money in the bank for Paramount. Even with the pandemic (which is STILL happening), the new movie exceeded the opening gross of its predecessor, Scream 4, which brought in $18.7 million in April 2011.

But back to Spidey. Its worldwide gross is currently *deep breath* $1,625,024,074. It’s about $40 million away from taking over the remake of The Lion King to become the seventh highest-grossing film of all time. There are currently four films in the MCU in the top ten but Avatar still reigns supreme after a recent re-release in China put it over the top of Avengers: Endgame.

The only other major release of the week was Belle, the newest animated drama from Mamoru Hosoda. In the U.S., it made $1.64 million from 1,326 theaters. In Japan, the third-highest-grossing Japanese film of 2021 (number one was, of course, Evangelion: 3.0+1.0 Thrice Upon a Time. If you know anything about anime then this won’t have surprised you in the least.)

The remainder of January is expected to be pretty quiet. United Artists just moved the Peter Dinklage musical Cyrano back a month to February, but many of the expected blockbusters of the coming Spring season are still in their slots. Warner Bros. ain’t moving The Batman right now, but I wouldn’t be shocked if things started shifting thanks to the continuing scourge of COVID.

This coming week, the two major releases are Redeeming Love, a romantic drama based on a popular Christian romance novel, and The King’s Daughter, a fantasy romance that’s been awaiting a cinematic release for seven years. I’m looking forward to that one!