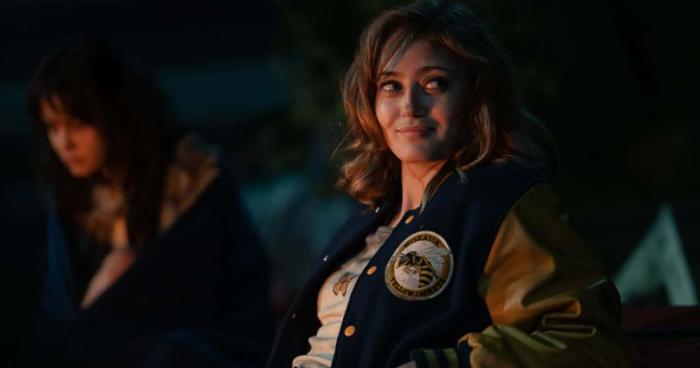 The'Yellowjackets' Showrunners Address All Your Theories After the Finale

The Yellowjackets showrunners — Ashley Lyle, Bart Nickerson, and Jonathan Lisco — sat down for a blitz of post-mortem interviews in the wake of last night’s finale. Having read them all now, here are the answers to the most important questions. Spoilers, obviously, for the finale.

So, Jackie Is Not Pit Girl? — We knew definitively when Shauna and Jeff had brunch with Jackie’s parents that Jackie would not survive the island, but we did not yet know how or when she would die. There was some speculation that she was pit girl — the girl hunted down and eaten in the opening scene of the Yellowjackets pilot. We can now officially rule her out as Pit Girl because she’s already dead — she froze to death while sleeping outside after a fight with Shauna. It was both a mundane and devastating death.

And no, Jackie did not somehow survive the night in the cold. She is dead. Showrunners Ashley Lyle and Bart Nickerson confirmed as much in a number of post-mortems (including Vulture’s), adding that her presence will continue to loom over the show. Ella Purnell will also return in some capacity.

We can also rule out Lottie as pit girl because we now know that she’s alive in the present and running a cult, or rather a very supportive “wellness group.” We also cannot make any definitive guesses based on the clothing of pit girl (specifically the Converse shoes) because the showrunners say that clothing on the island is communal — they all share.

Jessica is dead, too, right? Yes. Just to put this to bed. The journalist is definitely dead. Misty killed her.

Will There Be Other Present-Day Survivors We Haven’t Met Besides Lottie? Yes. The showrunners confirmed as much, although they obviously did not say who. The 25th high-school anniversary seemed like a very good place to reveal more present-day survivors so it was a little disappointing not to find other survivors lurking in the background, particularly since the reunion seemed to be largely devoted to the experience of the Yellowjackets.

Is Lottie’s cult responsible for kidnapping Natalie? Probably, yes. According to Natalie’s sponsor, Lottie is the person who closed Travis’ bank account after his suicide/murder, and now Suzie is being followed. Plus, the people who kidnapped Natalie have necklaces containing the symbol from the island. All of the kidnappers, however, are new characters we have not met.

So, is Lottie and her group also responsible for the postcards? Maybe, but the showrunners do not say so definitively, telling Collider that they do not want to because they may “zig” instead of “zag” while writing the second season. They are more definitive, however, in saying that the seeds for Lottie’s cult/wellness group began on the island.

Is Misty connected to Lottie’s cult? — Misty is behind Lottie when she places the bear heart on the altar after Jackie’s death, so does that means she’s involved in Lottie’s cult? Not necessarily, although her connection to Lottie will be explored more in season two.

Have they cast grown-up Lottie yet? — Not yet. There are a lot of suggestions. Based purely on her likeness to Courtney Eaton, I would suggest Odette Annable, although she might be a little too young (she’s around 8 years younger than Melanie Lynskey). 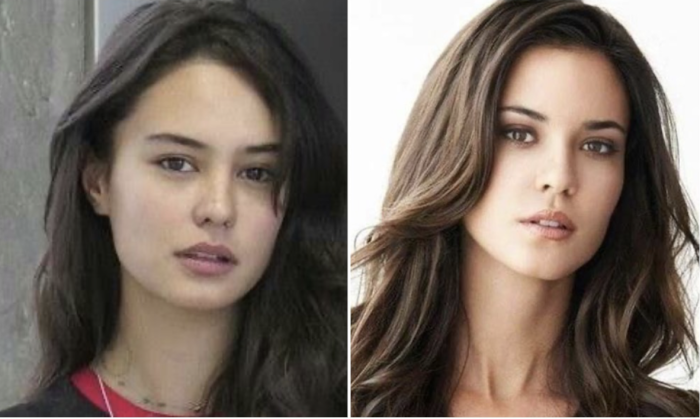 Is Adam connected to Natalie’s wellness cult? No. The showrunners are definitive about that.

Where is Javi and is he Adam? That’s still unclear, but Roxana is very invested in the Javi/Adam theory! The showrunners/buzzkills, however, say that the question of who Adam is in relation to the survivors has already been answered though he may have a continued impact on the survivors. The real tragedy here, as the showrunners tell Vanity Fair, is that Adam was just a man standing in front of an older woman asking her to love him. “Here is somebody who really is just interested in this woman—and because of what happened to her and because of the way that women are trained to see themselves at a certain age, she just cannot accept that. And then it goes so terribly wrong.”

What’s up with this dude?

This guy is from the opening credits. He’s also in the last episode in the shadows before Jackie dies. He says, “So glad you’re joining us. We’ve been waiting for you.” The showrunners tell TVLine they know who he is and they have a plan for him but offer no more details. Some have speculated that it’s adult Travis (that doesn’t seem right).

Did Taissa erect the altar in her basement in a “fugue state” or was she “possessed”? Poor Biscuit. But no, she’s not “possessed,” exactly. The showrunners call it Taissa’s “alter ego” or “bifurcated personality,” which will be more fully explored in season two and may wreak hell in the legislation process of her new job as state senator.

Will there be a second season? Obviously yes. There will be multiple seasons. The showrunners once said they had a five-season plan, but now regret that, saying only that there will be multiple seasons and that they will take it where the story leads them, which could be three or four seasons or as many as six or seven seasons. I trust the showrunners. I don’t particularly trust Showtime, which has a habit of wringing their best properties dry.