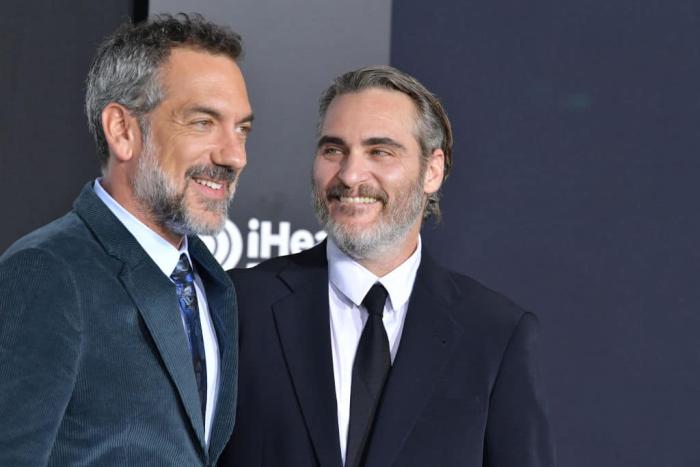 Ah, the Joker discourse. Like death, taxes, and Chrises, it is inevitable But rest assured, we’re only here to talk about the box office receipts right now. It’s been a long month in hot takes land, believe me. Anyhoo, despite all the controversy — or maybe because of it? Who knows — and the Twitter fighting and Todd Phillips refusing to keep his bloody mouth shut, Joker easily outperformed expectations. Warner Bros. has had a tough couple of years and was estimating a pretty conservative $70 million domestic opening weekend for this one. Remember, this may be based on a highly popular and iconic character but it’s still a hard R-rated drama with no connection to the wider DC lore and those aren’t exactly an easy sell, especially in the current market where you’re kind of screwed unless you’re Disney. So yeah, it’s a pretty big deal that Joker opened with an estimated $93.5 million.

That’s the latest October domestic opening ever, easily beating the $80 million that parasitic space daddy Venom took in last year. It’s also only about $5 million short from the opening weekend for Justice League and could easily beat that by this time tomorrow. Jeez, Justice League did not do well, right? Oh, and this is also the fourth largest domestic opening for an R-rated film. Worldwide, it’s already made around $234 million in total, which is over four times its reported budget. Call this one a hit. I’ll be fascinated to see how small or steep that second-week drop is since the PG-13 competition hots up in a few days, but even if this is all the movie does, it’s a winner for Warner Bros.

Dreamworks animated movie Abominable took in $12 million this weekend but seriously slumped in China, taking in only $11.2 million this weekend. This wasn’t a pricey movie — only $75 million — but it’s a further sign of how tight a stranglehold on the family film business Disney continues to possess.

Another Warner Bros. title, It: Chapter Two, passed the $200 million mark domestically, which is great but, believe it or not, that’s actually about $100 million less than what the first movie made in the same space of time. Were audiences just not as taken by this one as part one?

Judy continues its slow expansion and keeps climbing, bringing in $4.45 million this weekend. It’s not hard to see why. It’s a mega easy sell to adult audiences looking for something without explosions or ceaseless nihilism. And it has songs!

War. What is it good for? About $1.58 million from only 305 theaters, apparently. The Indian film has already set the record for the highest opening day collection for a Bollywood film in India, and it’s still exciting to see these movies do well in American cinemas.

In limited release news, Pedro Almodovar’s Pain and Glory took in a hefty $160k from only four cinemas. This one is probably my favorite movie of 2019 so far, after Transit. Or before it. I can’t decide. Either way, Antonio Banderas should get an Oscar nomination and I’m ready to fight for his honor if it doesn’t happen. Things weren’t so good for Fox Searchlight’s Lucy in the Sky, the Natalie Portman drama based on the astronaut who probably didn’t actually wear an adult nappy. That one could only manage $55k from 37 theaters and tepid reviews didn’t help.

This week sees the release of Bong Joon-ho’s astounding drama Parasite, the Will Smith versus Will Smith sci-fi thriller Gemini Man, and The Addams Family animated movie that probably won’t be as good as the perfect Addams Family Values.

← A Brief Overview of the Impeachment Inquiry As It Stands | Elton John Says: Stallone and Richard Gere Once Fought Over Princess Diana. Neither are John Travolta. →