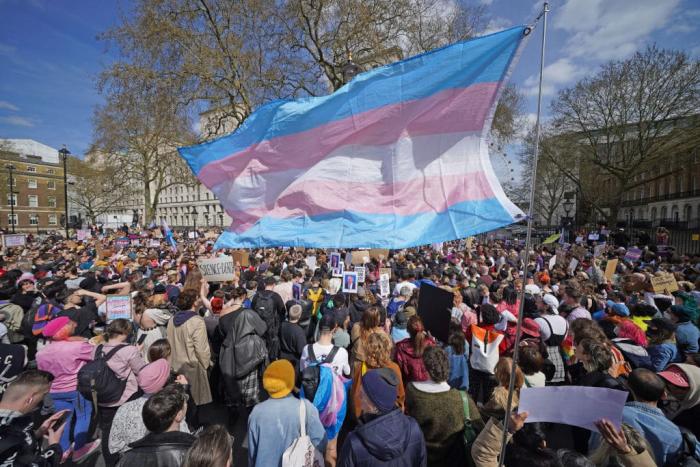 The Fantastic Beasts and Where to Find Them series is a fascinating example of how to blow up years’ worth of fan goodwill with sloppy writing, inflated egos, and good old-fashioned Hollywood ignorance. And transphobia, let’s not forget that. Seriously, J.K. Rowling’s downward spiral into TERF radicalisation would be pitiable if she weren’t so eager to use her fame and money to hurt so many marginalized people. There have been a lot of debates over whether Rowling’s bigotry would hurt the grosses of her current project and I’ve been hesitant to draw a direct correlation between the two. As we’ve seen plenty of times before, the general public doesn’t tend to care all that much about minor things like whether or not their hero is a massive sh*tting bully. The Harry Potter franchise is too big and too popular to be felled by anything like that, alas. Still, I do feel like the chaos of this franchise, which includes Rowling’s transphobia, has left a few dents.

The newest movie, Fantastic Beasts: The Secrets of Dumbledore, did take the top spot at the North American box office this week but it wasn’t exactly a clean victory. From 4,208 theaters, it grossed $43 million. That’s only four million more than Morbius managed in its opening week. It didn’t even come close to matching the $72 million that Sonic the Hedgehog 2 grossed last week. Think about that: one of the most iconic IPs of the past 30 years was outdone by a CGI hedgehog video game adaptation and a fourth-tier Jared Leto supervillain mess. This is also a pattern for the franchise. The previous film, The Crimes of Grindelwald, made about $160 million less than its predecessor. International grosses are buoying the film right now but projections for its overall gross aren’t spectacular. Some are predicting it could make less than $500 million overall. Maybe Warner Bros. can write that off as post-COVID unease but that’ll be hard when the competition, including their own films like The Batman, are disproving that. There have also been reports that the studio is waiting to see the final numbers before greenlighting films four and five. If that happens, it’ll be a miracle, in my opinion. Let this sh*t burn.

Marky Mark has a religious movie out this week called Father Stu. It co-stars Mel Gibson and was written and directed by his wife. Sure, OK. Also, Marky put ‘millions and millions of dollars’ of his own money into the project, because he never did learn the number one lesson from The Producers. Reviews were middling and its opening weekend gross is about $5.7 million from 2,705 theaters. It was outdone by the continuing wide release of Everything Everywhere All at Once. Ha.

Debuting at number nine is K.G.F: Chapter 2, an epic Indian historical drama that is also the most expensive Kannada language film ever made, which grossed $2.874 million. Karen Gillan’s clone-palooza Dual debuted outside the top ten with $125,000 from 157 theaters.

In other limited release news: Jacques Audiard’s drama Paris, 13th District made $28,000 from 67 theaters; the internet horror We’re All Going to the World’s Fair brought in $13,665 from three locations; and the delightfully titled The Tale of King Crab grossed $5,120 from one theater.

This coming week sees the release of animated film The Bad Guys, the Nic Cage meta-comedy The Unbearable Weight of Massive Talent, and the f**king awesome Viking revenge drama The Northman. Three major wide releases not based on pre-existing IPs? Are we sure this is real?

← A Very Special Message from Tucker Carlson About the State of the American Male | Watch the First Teaser for 'Thor: Love and Thunder' Featuring Natalie Portman's Mighty Thor →