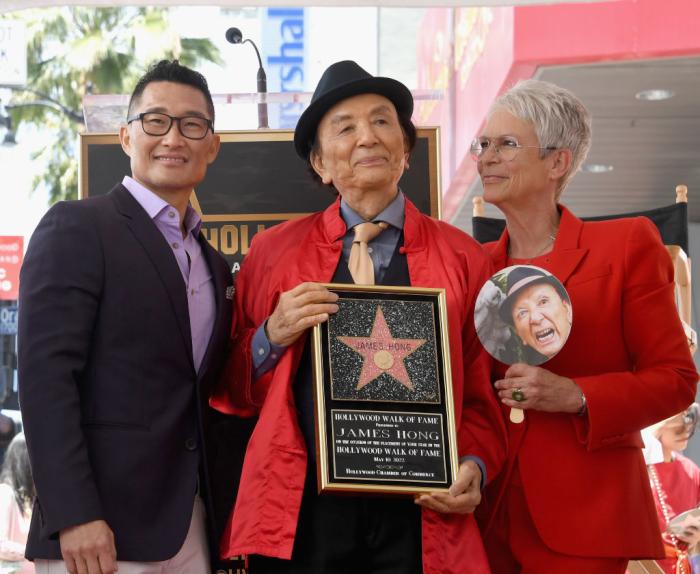 At 93, James Hong Received a Hollywood Star and Overdue Appreciation

Everything Everywhere All at Once. Big Trouble in Little China. Kung Fu Panda. Archer. The Adventures of Brisco County, Jr..Perry Mason and Swat Kats and The New Adventures of Charlie Chan and Tango & Cash and… The list goes on. With over 650 professional television and movie appearances under his belt, James Hong is one of the most prolific and eclectic performers ever to grace the screen. If filmmaking is an institution, he is surely one of its sturdiest pillars. Like Milton Berle, Charlton Heston, and Sydney Poitier, his face and voice are instantly recognizable and his status as a fan favorite is undeniable. Unlike his fellow giants, however, his talents have remained mostly unrecognized in the industry. One small step toward rectifying that mistake has come to pass as Hong yesterday received a Star on the Hollywood Walk of Fame, thanks to the efforts of fellow Asian American star Daniel Dae Kim and a viral internet campaign.

James Hong got his start in the 1950s, after serving at Forts McClellan and Rucker during the Korean War. One could argue his most famous role is that of the ghostly sorcerer Lo Pan in John Carpenter’s Big Trouble in Little China, but it’s impossible to pin him down to a single role after nearly 70 years of performances that include radio, live-action appearances in television and movies, and hundreds of roles in home and cinematic animation. His distinctive voice has shown up everywhere from Diablo video games to My Little Pony episodes. Often one-shot appearances but occasionally recurring characters, they make an impression either way and he’s instantly recognizable. Just go to his IMDb page; actually reading through his list of roles requires several minutes and quite a bit of scrolling.

Daniel Dae Kim began an internet fundraiser in 2020 intended to earn the $55,000 required for the star. It met its goal in 4 days. Yesterday, with Kim and Everything Everywhere All at Once co-star Jamie Lee Curtis in attendance, Hong finally received his star at the age of 93. 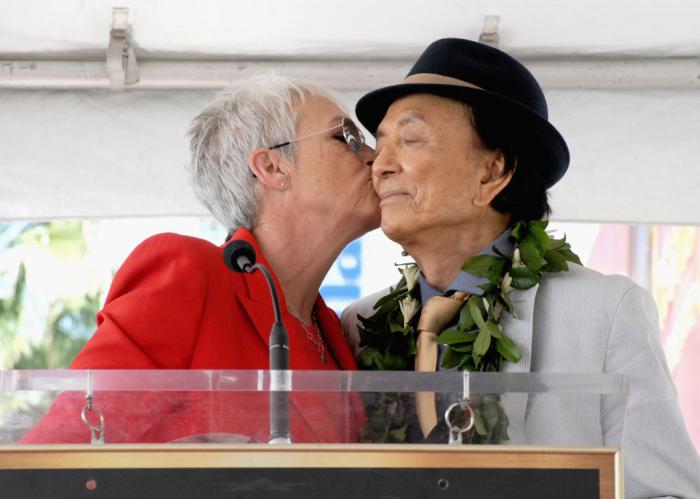 The man is just the best. Despite a distressing lack of award recognition, Hong is a part of so many genre-defining hits that he’s Hollywood history all on his own. He made a fantastic villain in Big Trouble in Little China, and even the absurd(ly entertaining) Tango & Cash. His turn as Lee Pow on Bruce Campbell’s The Adventures of Brisco County, Jr. is one of the most memorable for me. The weird, little, steampunk cowboy sci-fi comedy that (like so many) was cancelled before its time by Fox gave Hong three appearances as the leader of the Scar-Foot Clan, an organization of Chinese laborers looking out for their people as they built the nation’s railways. It’s a role that comes with a few uncomfortable stereotypes by today’s standards, but Hong really seemed to enjoy his appearances and played well against Campbell’s affability. More recently he’s being noticed for his incredible work in Everything Everywhere All at Once, playing Michelle Yeoh’s senile father Gong Gong.

Hong has also written a movie, Patsy Lee & The Keepers of the 5 Kingdoms, currently in post-production. He plays a grandfather who is transported to a mystical world along with his granddaughter, played by Michelle Mao. Mao was recently seen in Netflix’s Metal Lords. The film is directed by Zack Ward, who’ve you’ve seen in a bunch of things but is perhaps most memorable as Scut Farkus, the coonskin-wearing bully in 1983’s A Christmas Story. I’m still wrapping my head around that one.

Despite his age, Hong has no plans take it easy, telling Variety “Even if I wanted to retire, I don’t think they would let me.” If he ever does hang it up, the number of available Hollywood roles should go up by at least 20%. Here’s to James Hong and his astonishing career.