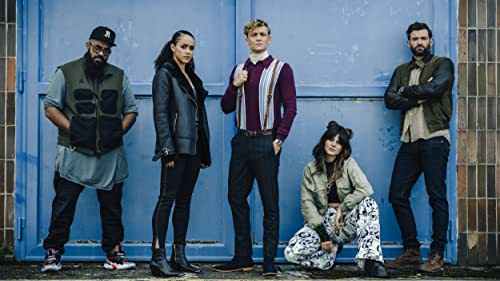 'Army of Thieves' Trailer: In the Synderpocalypse, Capitalism Stops for No Zombie

I’m not sure what to think of the new Syderpocalypse, a world where zombies exist, but people continue living their lives in a relatively normal fashion (sounds familiar). In Army of the Dead, a group of mercenaries descends upon a zombie-infested Las Vegas in an attempt to pull off an elaborate heist because while Vegas itself has fallen to the undead, apparently the economy is humming along normally outside of Vegas, otherwise, there’d be little motivation for stealing the loot.

Army of Thieves, meanwhile, is a prequel to Army of the Dead centered on Dead’s safecracker, Dieter (Matthias Schweighöfer, who also directs the Snyder-produced movie). While Europe is distracted by zombies (a distraction! Ha!), Dieter is recruited by an Ocean’s 11-like crew that includes Nathalie Emmanuel, Ruby O. Fee, Stuart Martin, Guz Khan, and Jonathan Cohen. They’re set to pull off a series of European heists because, again, capitalism stops for nothing, including the zombie apocalypse.

Army of Thieves drops on Netflix on October 29th. Another prequel, an anime series titled Army of the Dead: Lost Vegas, is also in the works.