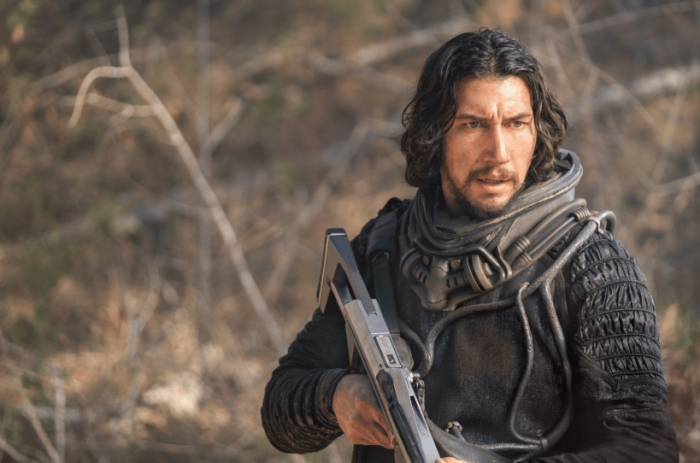 Adam Driver is going back to space, this time without a lightsaber, in Sony Pictures’ 65. It’s a title that looks great on a poster but wreaks havoc in search results.

After a catastrophic crash on an unknown planet, pilot Mills (Adam Driver) quickly discovers he’s actually stranded on Earth…65 million years ago. Now, with only one chance at rescue, Mills and the only other survivor, Koa (Ariana Greenblatt), must make their way across an unknown terrain riddled with dangerous prehistoric creatures in an epic fight to survive.

The movie is a mashup of some of my genre faves — Space without being a Star War or a Star Trek; dinosaurs without being Jurassic Park; and time travel without being Doctor Who. Let’s hope the filmmakers, Scott Beck & Bryan Woods (A Quiet Place), keep the best bits from all of those franchises and avoid the pitfalls. Nobody needs another Passengers.


← This Week's 'Yellowstone' Was Bad TV, But Perfect 'Yellowstone' | To The Neighbor On NextDoor Trying To Sell A Banged Up Hope Chest For $275 →