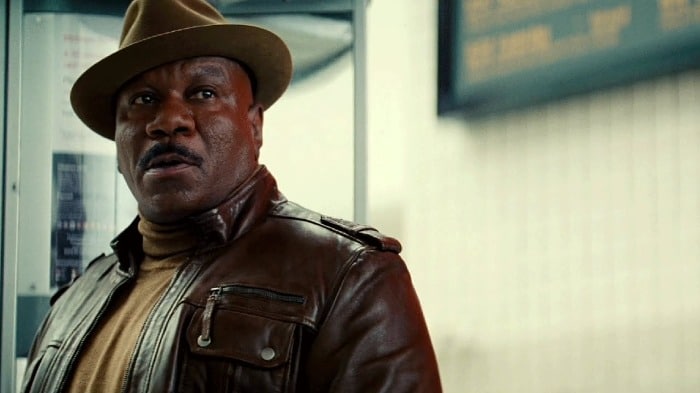 A Tribute to Luther Stricknell, The Real Hero of the 'Mission: Impossible' Series

This week marks the 25th anniversary of the first Mission: Impossible movie. What probably seemed like a nostalgia cash-grab at the time has become a remarkably enduring and popular film series. Obviously, the most notable beneficiary of this success is Tom Cruise, who has made Ethan Hunt into some combination of James Bond and a superhero without the messy backstory or mythology that either of those would have to deal with. However, there is another stand-out of the series and that is Ving Rhames’s Luther Stricknell, the only other character, and actor, to appear in all six movies that have been released so far, and who has been announced for the cast of the next two films. In some ways, I think his character has been more crucial to the ongoing story of the IMF and Ethan Hunt than, well, Ethan Hunt.

(Have I, perhaps, watched every Mission: Impossible movie over the last week in 20-40 minute chunks while holding a small baby? Maybe.)

When we meet Luther he’s actually been disavowed by the IMF and is a rogue agent that Ethan recruits after Ethan himself is framed and disavowed by the IMF. Together they work to steal the NOC list from CIA headquarters. (What is a NOC list? It literally does not matter.) After Hunt and his team successfully flush out the mole and hand over Max to the IMF, Luther is reinstated despite the fact that he took part in a highly illegal and dangerous mission that nearly handed over the real identities of secret agents to an international arms dealer. I don’t pretend to understand how the IMF decides who’s good at their job. From there, the well-dressed Stricknell becomes an integral part of Hunt’s team for the next several movies and handles basically anything to do with computers. GPS tracking, hacking into blueprints and security systems, or hanging out in a truck with a lot of screens around him yelling into Ethan’s earpiece that he needs to get out of there. He’s a reliable presence amid the rotating cast of characters that make up the other agents (and Tom Cruise’s love interests). He can even SCUBA dive and rig explosives at the same time, as shown in the third movie!

Luther also might just be a better agent than Ethan. After all, how often has Ethan gotten caught? How often was he disavowed or suspected of being a double agent? Luther started the series on the outs from the IMF but ever since then, he has been unwavering in his commitment to the job and a consummate professional. Luther is there, clocking in for the IMF and doing his damn job keeping Ethan alive without (much) complaint. Luther has an excellent work ethic and a profound appreciation for whatever government pension plan is available to any IMF employees still alive enough to attempt to claim it.

← Reddit Asks the Question: 'What TV Show Have You Watched More Than Five Times and Still Find Entertaining?' | What's the Deal with that Photo on 'Mare of Easttown'? →