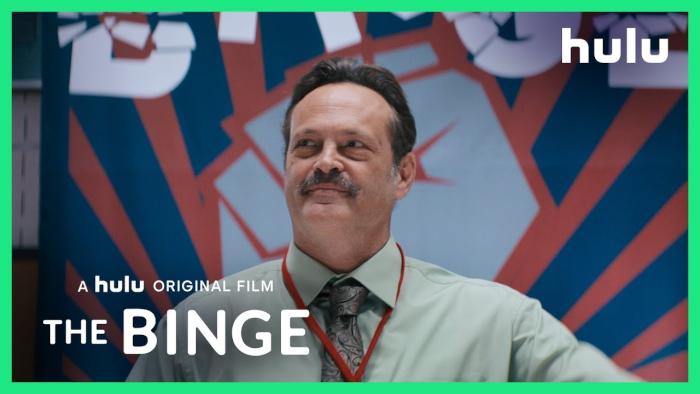 Remember the Frat Pack? Ben Stiller, Owen Wilson, Luke Wilson, Will Ferrell, Steve Carell, Jack Black and Vince Vaughn? They were huge in the early-to-mid aughts in movies like Wedding Crashers, Old School, Dodgeball, etc., and then they just kind of imploded. I think Judd Apatow — cousins to the Frat Pack — basically killed their brand of comedy with Knocked Up, which ushered in more honest and heartfelt comedies (that now seem to be fading). Most of them continued to thrive post Frat Pack, but Vince Vaughn and the Wilson Brothers slid into broad and very bad studio comedies and kept making bad decisions until they slid into the B-list. Owen, at least, had that Woody Allen movie (ugh), and has been able to fall back on Wes Anderson flicks, but no one — with the exception of Luke Wilson — has fared as poorly as Vaughn, who made one bad comedy after another until they didn’t ask him to make them anymore.

My inexplicable affection for Vince Vaughn, however, has no limits. I am not proud. But I have continued to watch most of his output. I have to say, True Detective season 2 notwithstanding, he’s a pretty good dramatic actor (Arkansas, Fighting with My Family, Dragged Across Concrete). He was also decent in a recurring role on the most recent season of Curb Your Enthusiasm as Freddy Funkhouser.

However, with The Binge — a sort of parody of The Purge, where teenagers can ingest drugs and alcohol free of criminal consequences — Vaughn returns to those broader comedies, although he appears to be in more of a supporting role, where the man shines the most. A little bit of that Vaughn rat-a-tat patter goes a long way.

God help me, I’m going to watch that movie. Just for Vaughn. It debuts on Hulu on August 28th, by the way, and what else are you going to do that weekend? Go to a movie theater to watch The New Mutants? Pfffft.

Meanwhile, Vaughn’s next movie — and god help me, it sounds fun — is a horror movie he’s in with Kathryn Newton and Alan Ruck. It doesn’t have a title yet, but it’s a body-switching movie, where Newton swaps bodies with a serial killer (Vaughn, presumably) and has 24 hours to figure out how to undo it or the change becomes permanent.