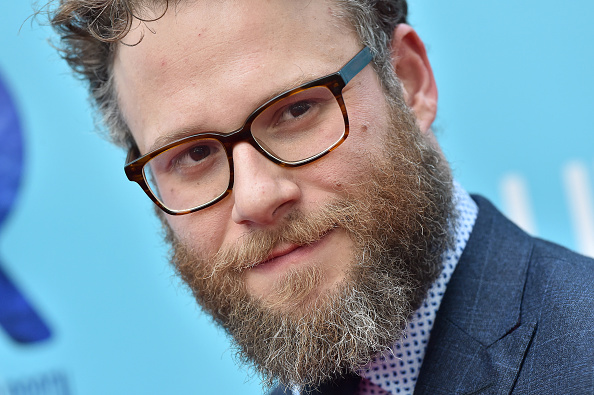 Yesterday, we learned that two fairly sizable summer comedies will be skipping their theatrical releases and will instead become available to viewers at home. Judd Apatow’s next film, The King of Staten Island, co-written and starring Pete Davidson — upon whose life the film is based — will arrive on VOD on June 12th, which is actually a week before it was scheduled for release in theaters. Here’s Davidson and Apatow talking about the VOD release, and also, Davidson quitting drugs/running out of drugs.

The King of Staten Island joins a growing list of movies skipping theaters and heading straight to streaming platforms or VOD, including Issa Rae and Kumail Nanjiani’s The Loverbirds (on Netlfix May 22nd), Scoob (on VOD May 15th), and Artemis Fowl (Disney+ on June 12th).

Meanwhile, Seth Rogen also has a film skipping theaters and headed straight to HBO Max at some point this summer. American Pickle is about an “immigrant worker (Rogen) at a pickle factory who is accidentally preserved for 100 years and wakes up in modern-day Brooklyn. He learns his only surviving relative is his great-grandson (also Rogen), a computer coder he can’t connect with.”

Sounds great, and I’m looking forward to watching it. But that’s not why we are here. I won’t out anyone, but I have now seen actual Facebook posts dedicated to the hotness of old-timey Seth Rogen. This Rogen is apparently a kink for some. Can this be true? Is early 20th century American Pickle Seth Rogen hot?

Couldn’t be more thrilled that my next film “An American Pickle” will be on HBO Max this summer. I can’t wait for you all to see it, but here’s a taste! Get it?!?! pic.twitter.com/zcM725FNzu

Is this a thing?