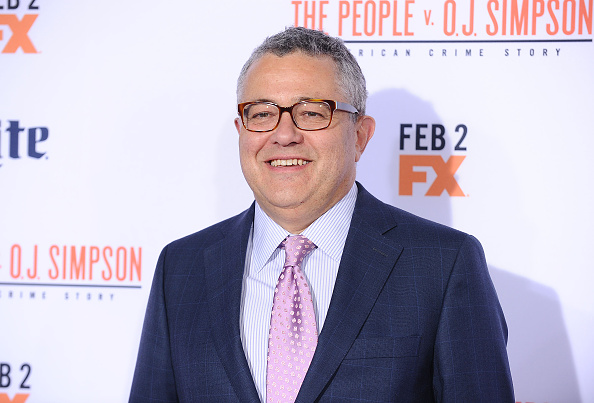 Zoom Dick Is Trending Because OH COME ON

Update: Yup. He was jerking it, according to Vice:

Both people, who spoke on the condition of anonymity in order to speak freely, noted that it was unclear how much each individual person on the call saw, but both of the people we spoke to said that they saw Toobin jerking off. The two sources described a juncture in the election simulation when there was a strategy session, and the Democrats and Republicans went into their respective break out rooms for about 10 minutes. At this point, they said, it seemed like Toobin was on a second video call. The sources said that when the groups returned from their break out rooms, Toobin lowered the camera. The people on the call said they could see Toobin touching his penis. Toobin then left the call. Moments later, he called back in, seemingly unaware of what his colleagues had been able to see, and the simulation continued.

I stepped away from my laptop for a few minutes, and when I returned, Zoom Dick was trending on Twitter.

I have no musical talent but I’m still starting a band named ‘Zoom Dick Incident’ because how can I not?

If you are wondering why Zoom Dick is trending, it’s because legal analyst Jeffrey Toobin has been suspended by The New Yorker because, according to Vice, he “exposed himself during a Zoom call last week between members of The New Yorker and WNYC radio.”

“I made an embarrassingly stupid mistake, believing I was off-camera. I apologize to my wife, family, friends and co-workers. I believed I was not visible on Zoom. I thought no one on the Zoom call could see me. I thought I had muted the Zoom video,” Toobin said in a statement.

Listen: The Vice piece doesn’t go into any more detail than this, but I think it’s safe to assume that The New Yorker would not suspend Toobin if he weren’t wearing pants and inadvertently stood up and accidentally exposed himself while a Zoom was in session. Read between the lines, folks: Toobin apologized to his wife. Why? Did he expose himself while sleeping with another woman on camera? Unlikely, because — again — The New Yorker wouldn’t have suspended him for having an affair, because god knows CNN didn’t several years ago when Toobin had an affair with his colleague Jeff Greenfield’s daughter and then tried to force her into having an abortion. The New Yorker is a cosmopolitan magazine, folks, and it won’t punish someone from having an affair or accidentally exposing one’s penis if, for instance, he was engaging in the conduct after the call was over and he didn’t realize the camera was still on.

There’s something more not-OK going on here, like that Toobin was caught jerking it, which — again — is totally OK! It’s normal and natural, even if it might be gross to think about Jeffrey Toobin ganking the gherkin. While it might be embarrassing to get caught on camera philandering with yourself, but it’s not grounds for suspension, unless 1) you actually knew the camera was on, and you were exposing yourself during a work call on purpose because you’re Louis C.K. and you get off on the power dynamics, or 2) you were slapping some bass while participating in a work phone call, whether or not you knew the camera was on. That’s not cool. You don’t jerk it while you’re chatting with your co-workers, man. Everyone knows you just have an affair with your co-worker’s much younger daughter and be a jerk about it when she refuses to have an abortion, instead.