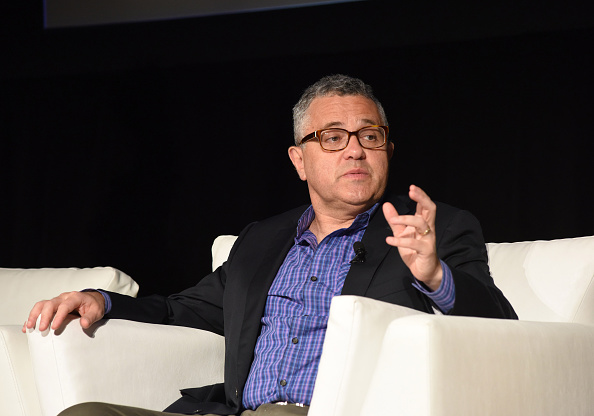 Yesterday, Jeffrey Toobin was suspended from his position at the New Yorker (and he’s taking some “time off” from CNN) because he got caught jerking off to a “second window” during a Zoom call with his co-workers.

Toobin, a fixture on CNN, "has asked for some time off while he deals with a personal issue, which we have granted," the network said. I asked him if he had any further comment, but he referred back to what he told Vice, including that "I believed I was not visible on Zoom."

Toobin suffered a round of social-media humiliation for the episode yesterday, but today, thank god, people are coming to his defense and birthing the #MeToobin movement:

When Occam's Razor suggests someone humiliated himself through a combo of technological error, pandemic circumstances, bad judgment, & bad luck, it seems like we should react w/ empathy, politeness, & forgiveness, as we would want to be treated, rather than punitive mockery

Thank you, Twitter, because who is going to stand up for the middle-aged white guy if not us?! We must protect this man who had an affair with his co-worker’s daughter, impregnated her, tried to force her to have an abortion, and then forced her to take him to court before he would provide support for the child despite the fact that their affair lasted for a decade.

At the very least, a suspension and a little mockery seems warranted. To wit:

Dear men, on zoom, the camera does NOT add inches.#MeToobin

CNN has asked Toobin to resign but he said he'd rather stick it out at CNN. #MeToobin

Whacking off via zoom helps him avoid impregnating his colleagues’ daughters. #metoobin

I’m not going to show it, but O.J. Simpson also made a joke at Toobin’s expense, but this is the only thing worth mentioning in that regard:

— Will Wants You To Remember GOP Insider Trading (@bywillpollock) October 20, 2020

Toobin is going to be fine, just like Richard Quest — the CNN anchor discovered in Central Park in 2008 with meth in his pocket and a rope wrapped around his neck and his genitals — is doing just fine today. Everyone loves second chances and comeback stories (as long as wealthy white men are making the comebacks).